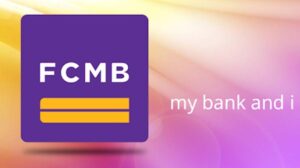 Omale had filed the suit over the alleged false information that the FCMB passed to the Nigerian Financial Intelligence Unit (NFIU) on a “suspicious credit inflow”.

Omale accused the bank of negligently breaching the fiduciary duty of care in its banker-customer relationship with his client.

Adam Nuru, former managing director of First City Monument Bank (FCMB), had told the Presidential Committee on Audit of Recovered Assets (PCARA) that the bank made an error of posting N573 million into the church’s account.

The committee had accused Ibrahim Magu, former Chairman of the Economic and Financial Crimes Commission (EFCC), of using Omale to launder funds abroad.

However, the bank later clarified that there was a system error that affected Omale’s account but no transfer was made.

In a letter to Omale, the bank expressed regrets and published a public apology in three national newspapers as demanded by Omale’s lawyer.

“It is our hope that the public apology has assuaged the grievances of your client, having seen that the error was indeed not borne out of any malice towards them. Kindly extend our good wishes to your client, whilst assuring you of our warm professional regards,” the letter read.

YOU MAY ALSO LIKE:   FINTECH 5.0: EVALUATING HOW FIRSTBANK STRENGTHENS COLLABORATION

Delivering the judgment, Halilu awarded N540 million to Omale, ordering the bank to domicile the money in the court’s account.

@societygazette
Previous The Jagaban of Borgu is not a saint but the best option for Nigeria 2023! – Hon. Khairat Animashaun-Ajiboye
Next Inspirational Musician, Funmi Ayinke To Shut Down United Kingdom For Rugged Fest