Grandma In Trouble For Allegedly Collecting ₦50,000 Bribe From Man Who Raped Her 3-Year-Old Girl 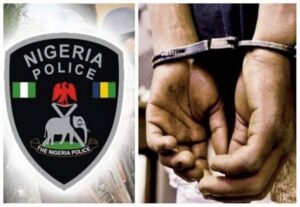 Grandma In Trouble For Allegedly Collecting ₦50,000 Bribe From Man Who Raped Her 3-Year-Old Girl

Ekiti State Police Command has confirmed the arrest of a teenager, Seun Olarewaju, who defiled a 3-year-old girl.

The grandmother of the victim was also arrested after investigation revealed that she collected the sum of N50,000 to cover up the act.

According to a statement by the Ekiti State Police Public Relations Officer, ASP Sunday Abutu, the incident happened at Iyana Emirin Area, Off Poly Road, Ado-Ekiti.

He said “Investigation revealed that the suspect lured the victim into his room where he had carnal knowledge of her.

“The victim was thereafter taken to the hospital for medical examination and treatment where experts confirmed a case of penetration into her private part.”

Abutu noted that further investigation revealed that when the grandmother of the victim heard about the incident, she demanded the sum of N50,000 from the parents of the suspect for amicable settlement of the case.

The said money was paid to her and she converted it to her personal use.

He confirmed that she had also been arrested and shall be charged to court alongside the suspect for compounding a felony and defilement respectively.