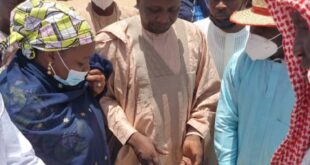 Reaching out to the poor is our mandate – BAT Foundation

The campaign council of the All Progressives Congress (APC) in Kogi State, on Saturday, said the array of personalities in the campaign council and the swell of support across the state can only mean it is only Governor Yahaya Bello that can defeat himself in the November 16 Governorship election.

In a statement by the Chairman of Media and Publicity of the Campaigns, Mr Kingsley Fanwo, the campaign council said Bello would shatter all records in the election.

YOU MAY ALSO LIKE:   Reaching out to the poor is our mandate - BAT Foundation

“From East to the Central and West, the groundswell of support across the state has demoralized the opposition PDP ahead of the election. The State has never been this united behind a Governorship candidate.

“The Senator Smart Adeyemi-led Campaign Council is made up of the movers and shakers of the politics of Kogi Politics. With the arrival of Honourable James Abiodun Faleke and aspirants who contested with the Governor has shown that APC will win the coming governorship election massively.

“It is a bad time for the PDP and we sincerely sympathize with the main opposition party. They have lost their leaders to the APC; they have lost thousands of their members to the APC and also recently lost their only Senator from the State. He will soon be replaced with a competent Senator in person of Senator Smart Adeyemi.

“No matter their grandstanding, we know they are in a big crisis. They are imploding and exploding. We won’t allow them to dictate the direction of our campaign as we are poised to campaign with the giant strides of the GYB Administration. 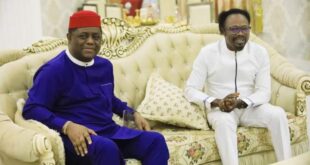