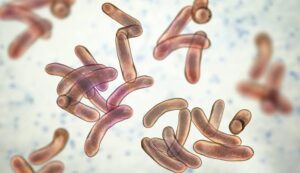 At least 20 people have died while 322 have been infected with cholera following the outbreak of the disease in Bauchi state.

State commissioner of health Dr Aliyu Maigoro disclosed this Tuesday while briefing newsmen on the epidemic at the ministry of health headquarters Bauchi.

He said the ministry through the state primary health care development agency responded immediately having been notified of the disease to avoid its spread to other communities in the state.

Maigoro added that other response actions so far conducted by the ministry to tackle the disease include establishment of the state public health emergency operation centre and isolation centres in all general hospitals of the affected local government areas.

“Drugs and consumables have been provided to all the isolation sites in the state. Doctors, nurses and paramedics have been mobilized to provide care to the victims,” he said.

The commissioner also noted that chlorination of wells and decontamination of households would be done in the affected local government areas.