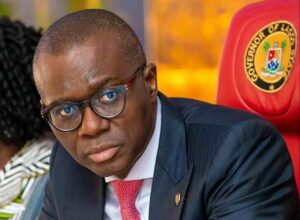 Leaders of the Hausa community in Lagos State have called on Governor Babajide Sanwo-Olu to reverse the ban on Okada operations in six local government areas of the state.

Recall that the Lagos State Government had on Wednesday announced a ban on the operation of commercial motorcycles popularly called Okada.

Naija News reports that Governor Babajide Sanwo-Olu made the announcement while briefing heads of security agencies in the state at a meeting at the State House, Ikeja.

The governor stated that the total ban on Okada in the six local councils takes effect from June 1, 2022, and would be fully enforced.

Sanwo-Olu pointed out that the ban in the six local councils is part of the phase banning okadas in the state.

Speaking to The PUNCH, Hausa community leaders stated Okada riders who hail from northern Nigeria contribute significantly to the voting population of Lagos.

They called on the state government not to economically strangulate them as they contribute to the voting population.

YOU MAY ALSO LIKE:   ‘Karma Is Real’ Nigerians Mock Abba Kyari’s Wife For Fainting In Court

The Seriki of Obalende, Saliu Waziri, said that the government should get the data of Okada riders in Lagos to fish out criminals amongst them instead of a total ban.

He said, “This issue has taken us a long time and we have been trying to put our members on the line. I want to advise the government to rethink its decision because Lagos can’t operate without bikes because of traffic. Government should register Okada riders in each local government to know those working in any local government. By so doing, the government would know who to pick when any issue arises.

The Seriki Hausa of Ajah, Ibrahim Ngoma, urged the government to consider the voting population of Hausa Okada riders in Lagos.

“Truth be told, Governor Sanwo-Olu has been understanding with Okada people unlike Governor (Babatunde) Fashola. Okada members should obey the law while I appeal to Governor Sanwo-Olu to look into the matter and lift the ban before the election because the ban is affecting my people,” he said.

Another leader of the Hausa community in Lagos, Iliyasu Kira, pleaded with Governor Babajide Sanwo-Olu to reverse the ban.

According to the Seriki Hausa in Shasha in the Alimosho Local Government Area of Lagos, the governor should not joke with their voting population.

YOU MAY ALSO LIKE:   Burna Boy Involved In Ghastly Accident

He said, “I appeal to the government to leave Okada riders to continue their operations. These Okada riders help the government during elections with votes. Our voting population in Lagos constitutes over 2.7 million because most of us vote here in Lagos. We are not all bad people.