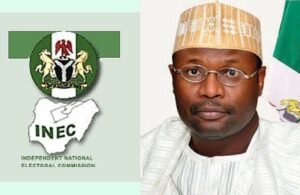 Twenty-five years after the current Polling Units were created in 1996, the Independent National Electoral Commission (INEC) has created new 56,872 Polling Units, bringing the number to a total number of 176,846 from the existing 119,974 Polling Units. These will come into effect starting from the Anambra State Governorship election holding on November 6.

Yakubu disclosed this at a meeting with Resident Electoral Commissioners (RECs) at the INEC headquarters in Abuja Wednesday. He said the additional 56,872 Voting Points and Voting Point Settlements were converted to fully developed Polling Units following wide ranging consultations with stakeholders and fieldwork by its officials.

Despite increased number of voters, previous attempts to increase the number of Polling Units nationwide, which is one of the reasons identified for voter apathy, were unsuccessful. In response to the pressure, INEC established Voting Points and Voting Point Settlements across the States of the Federation and the Federal Capital Territory (FCT) as a pragmatic response to necessity.

Yakubu also intimated the RECs that “the Commission has successfully removed 749 Polling Units from inappropriate locations to appropriate public facilities or open spaces in line with our policy to guarantee unencumbered access to Polling Units for all voters. Of this figure, 232 were removed from private properties, 145 royal palaces, six Mosques, 21 Churches and nine Shrines. The remaining 336 Polling Units were relocated for various reasons which include distance, difficult terrain, congestion, communal conflict, new settlements and general insecurity.”