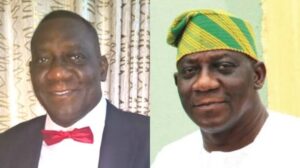 It was learnt that the retired General was released in the early hours of Saturday.

The spokesman for the Police in Lagos State, Adekunle Ajisebutu also confirmed that he has been released.

Smith, who is currently the Chairman of Double Wealth Ventures Limited – a dredging and engineering firm – was supervising work on a site in the Ajah area of Lagos State on Monday when masked gunmen invaded the place and shot into the air to scare away people.

The gunmen were said to have whisked him away in a waiting speedboat, after which they sped off.

Previous APC postpones Anambra campaign in honour of Akunyili, others
Next Suspected thief electrocuted as transformer blows in Festac (video)