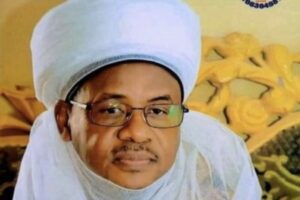 The Emir of Bungudu, Zamfara state, has been freed after 32 days in captivity. Themonarch who was abducted on Kaduna-Abuja road was released on Saturday, October 16.

His release was confirmed by a relative, Gazali Shehu Ahmad, who is also a Special Adviser to Zamfara State Governor on Strategy.

The traditional ruler, Hassan Atto was kidnapped on his way to Abuja on the 15th of September.

Confirming his release, Ahmad stated on his Facebook page:

“We appreciate all the efforts of Kaduna State Government throughout this challenging period.

“Our immense gratitude to the Zamfara State Government in playing a key role to see our father returned home safely.”

“We salute the Nigerian Police Force (NPF) and Miyetti Allah Cattle Breeders Association of Nigeria (MACBAN) for the support in facilitating the release of the Emir.

YOU MAY ALSO LIKE:   Panic As Fire Guts Shops At Veritas Varsity

“We wish to plead with the public to respect the privacy of the Emir in the coming weeks as he receives medical attention and post-trauma management.”

Mr Atto was the Secretary to the Government of Zamfara State during Governor Abdulaziz Yari’s tenure before he was turbaned the Emir of Bungudu.