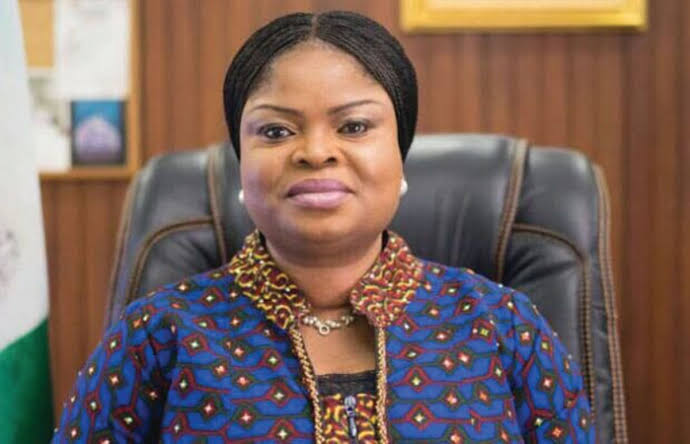 In a statement signed the Chairman of the House Committee on SDGs, Mr Rotimi Agunsoye, he declared it was untrue that the office of the OSSAP-SDGs was appropriated N33 billion in the 2020 budget assented by President Buhari.
The statement reads; “The attention of the House Committee on Sustainable Development Goals (SDGs) has been drawn to a publication by The Nation Newspaper, with the headline ” 2020 Budget: Row over N33b SDGs’ vote” stating that the sum of N33 billion was included in the allocation of Sustainable Development Goals (SDGs) in the 2020 Budget without details being provided to the National Assembly and consequently direct the Ministry of Finance to stop release of allocation to the SDGs office .

In setting the records straight, The House Committee on SDGs hereby state that a correspondence was sent to the Finance Ministry in respect the subject matter, upon which clarification was sought from the SDGs office without any indictment on the person or the office of the SSA-SDGs, indicating misappropriation of the 2020 budgetary allocation of her office.

The House Committee on SDGs got records from the OSSAP-SDGs and Appropriation committee which shows the said additional 33 billion was not appropriated for SDGs office among provisions of the 2020 budget earlier assented by Mr. President upon which we all know the prevalence of Covid-19 distorted implementation of entire 2020 budget.

The legislature is determined to ensure adequate oversight of all appropriated for the implementation of SDGs programmes in all ministries and agencies of government as well captured, as soon as we get adequate correspondence from the House appropriation committee to further ascertain fund release in order to guide our oversight activities. Hence, the recent official correspondence from both Senate and House SDGs committees to the finance ministry to release the budget provisions of OSSAP-SDGs so as to enable our committee to oversight accordingly.

This clarification became imperative to avoid any misrepresentation of the earlier correspondence between the National Assembly Committees on SDGs and Finance Ministry as any financial indictment on the person and office of the OSSAP-SDGs.”

Also responding to the fake report, of the Office of the Senior Special Assistant to the President on Sustainable Development Goals (OSSAP-SDGs) funds allocated and released to the office have been judiciously utilized for intended purposes.

The statement reads in part; “Indeed, Staff of OSSAP-SDGs read the report with disbelief as the amount allegedly stolen was more than the total amount released to the office by the government.

YOU MAY ALSO LIKE:   Police launch manhunt for man who raped his 90-year-old mom

It is also pertinent to state that it is completely the prerogative and responsibility of the parent ministry or agency of every civil servant to redeploy any of their staff seconded to any Ministry, Department or Agency in line with Service rules and it is therefore misrepresentation of fact for anyone to interpret this as an ‘attempt to cover up.’

YOU MAY ALSO LIKE:   Some Pastors Have Turned Their Pulpits To Soapboxes - Femi Adesina Alleges

We also like to point out that the President Muhammadu Buhari administration in demonstration of its commitment to the war against corruption has put adequate safeguards in place to ensure that funds can only be withdrawn from government’s coffers for approved purposes.

The public is therefore advised to disregard any of such reports as they are designed to malign the office.

The Office of the Senior Special Assistant to the President on SDGs is committed to the fight against corruption and will not bow to pressure and distractions in the onerous task of achieving Sustainable Development Goals in Nigeria.