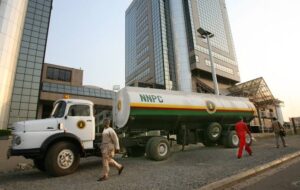 The release of the 516.43 million litres, which was done between March 14 and March 20 is in addition to the 1.82 billion litres distributed into the Nigerian market within a period of 28 days covering February 14 and March 13.

The release of the product is in line with the commitment of the NNPC management to address the supply gap being experienced in the distribution of petrol to Nigerians caused by several factors.

The NNPC had in recent times introduced several innovations to bring back normalcy in the supply of PMS.

The National Oil Company had last week advised about 48 retail stations to operate for 24 hours daily so as to increase the supply of petrol to Nigerians.

A breakdown of the 516.43 million litres showed that 80 per cent of all the evacuation took place at the top 30 high loading depots while the other loading depots evacuated less than 20 per cent.

It put the average daily evacuation during the week at 73.78 million litres.

The distribution is coming at a time when the Minister of State for Petroleum Resources, Timipre Sylva and the Nigerian National Petroleum Company Ltd have reached an understanding with oil marketers to resume loading and movement of Premium Motor Spirit from the depot.

YOU MAY ALSO LIKE:   Bola Tinubu Angry As Aso Rock Cabal Pressure Buhari To Back Ahmad Lawan

The deal will bring to an end the transportation challenges being faced by oil marketers in the distribution of petroleum products across the country.

The understanding between the Ministry of Petroleum Resources, NNPC and the oil marketers followed the challenges being faced by some of them in the distribution of PMS as a result of the high diesel prices.

YOU MAY ALSO LIKE:   Unveiling Fashola’s Close Friend who Runs Lekki Toll-Gate

Crude oil is selling over $139 per barrel and as a deregulated product, when crude prices are high, diesel prices are expected to rise as well.

THE WHISTLER had reported that transportation cost had become too high for marketers because of high price of diesel which is not regulated.

Due to the unregulated nature of the price of diesel, the federal government does not subsidize the product, thereby making the price to be determined by the international market.

But in a bid to resolve the issue, the NNPC GMD, Mele Kyari issued a letter that the NNPC selling price to depot owners be adjusted downwards and the difference added to bridging cost paid to retailers.

YOU MAY ALSO LIKE:   Just In: Sheikh Gumi Reveals Popular Nigerian Politicians Who Are Bandits

In a tacit confirmation of the development, the Nigerian Association of Road Transport Owners last Saturday called on its members to resume full lifting of petrol from the depots.

It said this followed the decision of the federal government to pay the 25 per cent increase in freight rate for petroleum products, which amounts to N11.87/litre, up from N9.5 per litre previously.

Some of the members have since suspended their services because of high cost of operation. Consequently, they demanded increased freight rate from the Federal Government.

Othman assured the members that the association is working hard on how get Automative Gas Oil (AGO) diesel palliatives from the Federal Government.