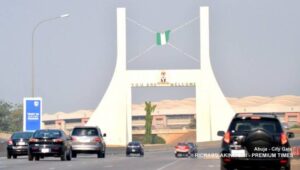 For the umpteenth time, the Nigerian Government has uncovered alleged plans by terrorists to launch coordinated attacks on the Federal Capital Territory, Abuja.

The latest makes it the fourth time in the last one year that Nigerian security forces and paramilitary agencies would be alerted about alleged plans by terrorists to wreak havoc in the federal capital.

The Nigeria Immigration Service, in a memo addressed to its sector commanders across 23 borders posts, said it received an urgent security report from the Presidency about the planned attacks.

The terrorists are planning to launch the attacks during the Christmas holidays “between 17th and 31st December, 2021,” said the memo dated December 23, 2021 and signed by Edirin Okoto, the NIS Land Border Patrol Commander.

According to the memo, an Algerian, Drahmane Ould Ali, otherwise known as Mohammed Ould Sidat, is leading the planned attack.

His accomplices were identified as one Zahid Aminon from Niger Republic and four Nigerians.

“The report indicates the duo are enroute Nigeria from Mali through Gan and Niger Republic, riding a white Toyota Hilux van with Reg. No- AG157EKY. That these two had four Nigerian accomplices who are already embedded in the country.

“It is further reported that Ali holds Algerian Diplomatic Passport with the name Najim Ould Ibrahim.

YOU MAY ALSO LIKE:   Support fight against COVID-19, group urges Nigerians

“Consequently, I am directed to request you to intensify alert levels, emplace necessary countermeasures at all our entry/exit points- Air, Land, Sea/Marine, including, but not limited to, surveillance, rigorous search on persons and vehicles, transhumance, to effectuate the immediate arrest of these terrorists/countervail this and any terrorist attacks in Abuja.”

THE WHISTLER recalls that the Nigerian Customs Service (NCS) had similarly raised the alarm about plans by Boko Haram insurgents to carry out massive attacks in the FCT in 2020.

YOU MAY ALSO LIKE:   AFCON: Nigerian Refugee Girls Show Support For Super Eagles

The NCS, in a memo dated September 4, 2020 with reference number NCS/ENF/ABJ/180/SI/VOL11, said that the terrorists had set up camps at fringes of the FCT to “attack some select targets within the territory.”

The Defence Headquarters had confirmed the alleged plan but assured “residents of FCT and other adjoining states that the Armed Forces of Nigeria and other security agencies have been on red alert to combat crime and ensure effective surveillance of the Federal Capital Territory and other states of the country.”

In May 2021, the Nigerian Police Force also alerted its officers about plans by Boko Haram to attack the FCT and Plateau State, amongst others.

An internal memo with reference number TB: O900/IGP.SEC/ABJ/VOLT1/47 and signed by the Force Principal Staff Officer, CP Idowu Owohunwa, had said: “Intelligence report at the disposal of the Inspector-General of Police has uncovered plans by Boko Haram Terrorists to attack major cities in the country, particularly in Jos, Plateau State and the FCT, Abuja.

“The proposed attacks would be coordinated by the duo of Muhammad Sani, a Boko Haram Commander, domiciled in Sambisa Forest and his Deputy, Suleman (fnu), hibernating around Lawan Musa Zango, Gashua, Yobe State.

“In light of the above, it is the directive of the Inspector-General of Police that you review your security architecture across all critical Government infrastructures and Police facilities in your jurisdiction with 4 view to checkmating the dastardly plans of this marauding terrorists”.