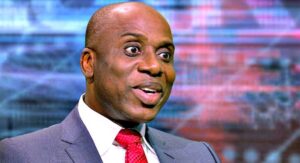 Speaking on the legacy of the Buhari administration, the former Rivers governor said that the present administration has handled Nigeria’s resources very well.

He said: “I want Nigerians to be honest; can you openly take money in this government? I am not saying whether we are corrupt or not.

“Let us assume we are corrupt, can you openly take money in this government? In the past governments, what happened? You can take money in the streets. Corruption was so pervasive that nobody was talking about it. It was not hidden that people completely and openly displayed their wealth.

“Most of those who did that had nothing to do to show for it. They did not have a carpentry shop, but they were billionaires. They did not hide it; but here, if you are stealing, it is done quietly. I am not saying it is good, it is a sin punishable. In the previous government, you could steal and you won’t be caught. If you were caught, there won’t be consequences. But in this government, if you steal there are consequences,” Amaechi added.

But in a telephone interview with the same media outlet on Tuesday, the minister denied saying that corruption is prevalent under the Muhammadu Buhari-led government.

According to the former Rivers governor, he was misrepresented and misquoted in the widely circulated interview.

YOU MAY ALSO LIKE:   Prophet Joshua Iginla Reels Out The mind Of God For [email protected]

Amaechi added that the administration has succeeded in curbing impunity and corruption, unlike the previous governments.

He claimed that during the previous government, someone without any means of verifiable livelihood could become a billionaire due to corruption.