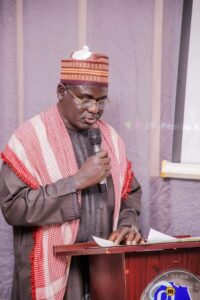 Decades of incongruous beliefs amongst humanity have birthed different shades of subversive and counter militant forces across the globe. In some important respects, these anti human forces have formed lives of their own.
According to the Council on Foreign Relations’s Global Conflict Tracker, the world was groping with at Least 27 Live Conflicts as of the last count, precisely in April, 2022.
In each case, nuclear arsenals are swelling. Millions are displaced. International law is disregarded with impunity, as criminal and terrorist networks profit from the division and violence.
In Nigeria, for instance, a terrorist group, Boko Haram, spearheaded by Mohammed Yusuf began the group in the year 2002, with a view of opposing western education with his followers. Though Yusuf is dead, Boko Haram, one of the largest Islamist militant groups in Africa has, since 2011, conducted terrorist attacks on religious and political groups, local police, and the military, as well as indiscriminately attacking civilians in busy markets and villages.
In the process, when things appeared to be getting out of control, a Kanuri born Army General, Tukur Yusuf Buratai, with shy mien, mounted the Nigeria’s defence soap box as Chief of Army Staff in 2015 with unmistakable message to the terrorists to quit or get destroyed.
Within a short period, Buratai reclaimed all the territories hitherto occupied by the insurgents. Peace unfolded and investors’ confidence restored.
However, it is not yet Uhuru. Security challenges across the world are unprecedented. Fierce armed gangs of sundry identities have besieged the world from nearly every corner The Nigerian state has a fair share of this tottering institutional embrace of the dark hour.
Against this back drop, the former Army boss now Nigerian Ambassador to the Republic of Benin, last week, offered anecdotes on how to achieve peace.
His speech, which he personally delivered at a World Peace Symposium in Lagos, where he was honoured as the first title holder of Bearer of Security Torch, is reproduced below:

YOU MAY ALSO LIKE:   My Bank, My Wife and The New Social Order
A Certified Peace Expert Ambassador Buratai Offers Anecdotes To End Global Crises {Full Speech} 2022-08-30
Oluwasegun Adesuyi
Share