Home / cover / APC National Chairmanship: Al-Makura, Adamu, Yari, Others May Be Disqualified Due To Indictment By Efcc

APC National Chairmanship: Al-Makura, Adamu, Yari, Others May Be Disqualified Due To Indictment By Efcc 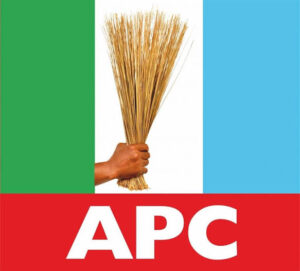 Some chieftains of the All Progressives Congress aspiring to contest for the National Chairmanship of the party are in danger of losing out due to indictment by the Economic and Financial Crimes Commission, THE WHISTLER has learnt on Friday.

The APC is currently being administered by a 13-man Caretaker/Extra-Ordinary Convention Planning Committee CECPC led by Governor Mai Bala Buni of Yobe State. It was inaugurated in June 2020, following the removal of Mr Adams Oshiomhole, about two years to the end of his tenure.

While there was high hope that the Buni-led Committee will steamroll the party to early successful National Convention, that hope was dashed early on when many bigwigs started feasting on the party following the decision of the Supreme Court on Ondo State Governorship Election.

The candidate of the Peoples Democratic Party, PDP, Mr Eyitayo Jegede, had gone to court to challenge the legal validity of Mr Rotimi Akeredolu’s nomination by the national Caretaker Committee of the APC headed by the Governor of Yobe State, Mai Mal Buni.

The Supreme Court ruled through the majority decision that the non- joinder of Buni as a party in the matter, proved fatal to Jegede’s case, acknowledging that the issue raised by the appellants had merit and constitutional implications.

Soon after that decision, party top shots and stakeholders began to call for Buni’s removal as all decisions undertaken by the caretaker Chairman will be a nullity if joined in any suit.

The schism finally reached boiling point few weeks ago leading to the convenance of APC Governors Forum to chart a new course towards the party’s convention.

While the meeting hit a stalemate, a closed-door meeting by some delegated governors of the party with President Muhammadu Buhari led to the announcement that February 2022 will be ideal for the party to hold its convention.

YOU MAY ALSO LIKE:   FIRSTBANK TAKES ITS SMES BUSINESS CLINIC TO PORT-HARCOURT AND ABUJA

However, the party, sensing bashing from the main opposition PDP, has decided on easing out from the race those who have been indicted by the EFCC, a reliable source told this paper.

The PDP held its National Convention which produced Mr Iyorchia Ayu in October, and few days ago held a 2-day national retreat for all elected officers at both the national and state levels.

It has put the PDP on good footing, a development that the APC national hierarchy and supporters are not unaware of thus triggering systematic purging of the contenders to ensure whoever eventually emerges does not have the baggage that could be used against it as the election year approaches.

With the development, top contenders may directly be affected.

One of the few frontrunners that may be eased out is current senator, who’s a former governor of Nasarawa State, Mr Tanko-Al-Makura.

The senator and his wife were arrested in July 2021 for illegal retention of government funds, misapprehension and money laundering.

EFCC indictment was based on possessing about 55 accounts controlled by the couple and their companies, that they were involved in suspicious transactions, amounting to billions of naira, when Mr Al-Makura was the governor of Nasarawa State between 2011 and 2019.

It said in one of the accounts, less than $250 was lodged there in the two years preceding his assumption of office, but soon started receiving huge sums after he became governor.

YOU MAY ALSO LIKE:   2023: Sowore Blasts Babangida over endorsement of Osinbajo for president

In one case, one business entity paid over N200 million, broken into structured nine transactions, in a single day, August 9, 2016, into one of Mr Al-Makura’s accounts, according to the anti-graft agency.

Also, another contender from Nasarawa State, Mr Abdullahi Adamu, a former governor of the state and current senator, was arrested in 2010 by the EFCC for allegedly misappropriating N15 billion alongside 18 others.

He was subsequently arraigned on a 149-count charge of fraud to the tune of N15 billion alongside his co-accused. The case is yet to be concluded

In February 2018, the EFCC arraigned Nuraini Adamu, a son of the senator, and one Felix Onyeabo Ojiako before judge, Farouq Lawal of the Kano State High Court on a four-count charge of conspiracy, forgery and obtaining money by false pretence.

Yet another contender and former governor who is having a running battle with the EFCC, is Mr Danjuma Goje of Yobe State.

Goje, who has been standing trial since 9 years ago and still a senator, is being accused of conspiring with four officers of his administration while he was a governor, to defraud the state of N25 billion via illegal acts.

The former governor of Zamfara State and current senator, Mr Abdulaziz Yari has also been arrested severally by the EFCC on suspicious monies stuffed in his bank accounts including the sum of $56,056.75 reportedly lodged in his account with Polaris Bank; N12.9m, N11.2m, $l303m, N217,388.04, and $311.8m said to be kept in different Zenith Bank accounts in the name of the ex-governor and his companies, EFCC indictment said.

YOU MAY ALSO LIKE:   Taliban ban barbers from shaving, trimming beards in Afghanistan

In February 2021, Yari was first arrested and grilled by EFCC operatives in Lagos, while the Federal High Court in Abuja had, on January 26, 2021, ordered the final forfeiture of funds belonging to Yari domiciled in Zenith and Polaris Banks.

But for former interim Chairman of the PDP, Senator Ali Modu-Sheriff, his controversial nature and alleged excessive baggage like his linkage to Boko Haram terrorists is working against him.

THE WHISTLER could not verify this claim as calls and text messages sent to the phone of Mr John Akpanudoedeh, the National Publicity Secretary of the party were not replied.

However, the source at the APC National Secretariat revealed that these individuals will most likely miss out because of the need to ensure a rancour-free convention and getting a clean National Chairman.

“It’ll be suicidal for the APC to elect a national Chairman who has a case with the EFCC,” he said, noting that the way the PDP handled it convention was encouraging and that APC cannot do less.

He pointed out that the APC, facing already angry Nigerians, will be faced with cleaning the image of its National Chairman, “who looted the treasury of his people because he was a governor.

“The 2023 election will be crucial. We will have to prove we are a great party to transit from one president to another and not end with President Muhammadu Buhari.”

He said the guidelines that will emerge towards the convention will be one that will first and foremost disqualify these persons with “questionable characters and past misdeeds.”

Adamu APC National Chairmanship: Al-Makura Others May Be Disqualified Due To Indictment By Efcc Yari 2021-11-27
Oluwasegun Adesuyi
Share

Tags Adamu APC National Chairmanship: Al-Makura Others May Be Disqualified Due To Indictment By Efcc Yari