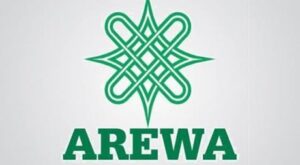 A chieftain of the Arewa Consultative Forum (ACF), Alhaji Mohammed Sani Soba, has been confirmed dead after he collapsed in the head office of the northern association.

Alhaji Soba was a retired permanent secretary from the services of the Kaduna state government.

The unfortunate incident was confirmed by the National Publicity Secretary of the ACF, Emmanuel Yawe in a statement on Monday night.

According to Yawe, “Alhaji Soba was serving with ACF on contract basis. Born in 1949, the late Soba obtained his school-leaving certificate in 1964.”

“He proceeded to study and obtain additional qualifications both at home and outside Nigeria in various fields especially administration and legislative studies.”

“He later became the clerk of the Kaduna state House of Assembly. His sudden death was grieved by all at the secretariat of ACF where he held sway as an administrative head until his sudden death,” he said.

The Arewa Consultative Forum (ACF) is a political and cultural association of leaders in Northern Nigeria formed in 2000 which has extensive influence in the Nigerian political space. The forum is a successor to the Northern People’s Congress, which collapsed after the coup of 1966.

YOU MAY ALSO LIKE:   Senate Confirms Alabi As CPC Executive Commissioner

The ACF is known to have relations with the Arewa People’s Congress (APC), a militant group set up to protect the interests of the Hausa-Fulani people in northern Nigeria. However, the forum has proven to be committed to democratic processes within the Federal constitution.

Previous #BBNaija: Tega’s Husband Blows Hot, Gives Her New Conditions To Sustain Marriage
Next IPOB Issues Fresh Sit-At-Home Order Ahead Of Buhari’s Visit To Imo, Says He is Not Welcomed