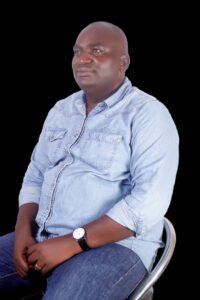 The evil of the modern slavery that has seen many Nigerian youth end up as slaves in foreign countries, serving wicked and cruel masters is a big concern for the federal government, it is even worse as many of those responsible for such devilish transactions are still on the loose and are still luring others in the name of oversea employment.

Activities of this human trafficking racket is making genuine international employment organisations in Nigeria looks like slave trade channels and it is this notion that Rex Bamidele Jacob who is the President of Association of Recruiters, Licensed Placement Agents of Nigeria (ARLPAN), an association serving as the umbrella body of Private Employment Agencies (PEAs) is working in collaborations with relevant government agencies to clampdown on the activities of those selling Nigerians into slavery under the pretext of international employment.

YOU MAY ALSO LIKE:   Emirates Offers First Ever $500,000 Multi-Risk Travel Insurance Coverage

The ARLPAN president who is also the Managing Director of Jj Central Capitals Ltd International Manpower Recruiters, while fielding questions recently agreed that the racket that engages in human trafficking only feeds on the gullibility of some Nigerians to sell them into slavery, he explained further that these only falls into the hand of illegal and unlicensed recruiters and that the Federal Ministry of Labour and Employment in an effort to curtail this terrible incident had created a Labour Migration Desk to address the associated problems with the movement of skilled and low skilled persons within and outside the country by ensuring that there are employment opportunities for Nigerians to work legally abroad without fear of molestation, exploitation or any form of inhuman treatment or being subjected to unfair labour practices.

Bamidele Jacob is of the opinion that human trafficking is a war that must be won stating that the perpetrators are illegal and unlicensed agents who are only after the money and have no care for the lives of their victims, while refuting allegation that members of ARLPAN are involved in the heinous crime, Rex Bamidele Jacob says his members are never involved and that they have been working with the government established Labour Migration Desk to make sure no Nigerian ever fall victim of the racket again.

He stated further that his association in collaborations with Human Capital Providers Association of Nigeria (HuCaPan) are working tirelessly to make sure the Code of Conduct for Private Employment Agencies in Nigeria jointly developed by the Federal Ministry of Labour and Employment, International Labour Organisation (ILO) and other social partners are adhered to strictly and that it is based on this that the Labour Ministry and HuCaPAN cleared the Licensed Private Employment Agencies of all sort of involvement in human trafficking.

Speaking on how to recognize authentic agencies, Bamidele stressed that all 35 members of the association are registered with the Corporate Affairs Commission (CAC), HuCaPan and are introduced and known as an association to every government agencies, he also explained that all members of his association are issued membership certificate every year which can be withdrawn on suspicion of involvement in questionable transactions.

In other no to fall victim of human traffickers, Rex Bamidele Jacob implore every international job seekers to always demand to see the labour license of their international job facilitators after which they can confirm the authenticity from HuCapan secretariat or directly from ARLPAN.