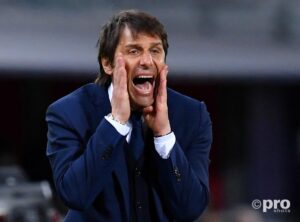 Arsenal are considering appointing former Chelsea and Inter Milan manager, Antonio Conte as Mikel Arteta’s successor.
Arteta has overseen a bad start to the 2020/2021 season.
The Gunners have suffered back-to-back 2-0 defeats to Brentford and Chelsea in their first two league fixtures.

YOU MAY ALSO LIKE:   Fight For Soul Of PDP: Akinwonmi steps in as Acting Nat’l Chairman, suspends NWC meeting

The UK Telegraph claims Arteta now has only five games to save his job and Conte is a potential candidate to take over at the Emirates.
Conte quit Inter after leading them to the Serie A title last term.

The Italian was linked with a return to the Premier League with Tottenham Hotspur, but a deal never materialised.