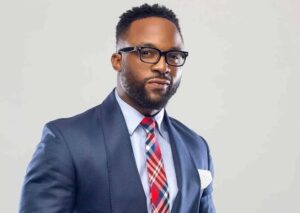 The Governor of Cross River State, Ben Ayade, has appointed award-winning singer, Iyanya as the Senior Special Assistant on Tourism and Entertainment.
The development was revealed by the singer in a post on his Instagram account on Wednesday.

Iyanya appreciated the state Governor for finding him worthy to handle such a position.

He wrote, “It’s forward ever and backwards never. I have been appointed the Senior Special Assistant on Tourism and Entertainment to the Cross River State Governor, Ben Ayade.

“I thank God who made this possible and also my Governor for finding me worthy to handle this position.”

In another development, the Gulder Ultimate Search reality tv show has returned to the television screen after seven years break.

There had been calls for the reality show to return to the screen due to morality.

Gulder Ultimate which started in 2004 borders on the survival instincts of its contestants.

YOU MAY ALSO LIKE:   HOW TB JOSHUA HAS BEEN PROPHESYING ABOUT THE IRAN ATTACK CRISIS IN 2011
Award Winning Singer Iyanya Gets Political Appointment 2021-09-02
Oluwasegun Adesuyi
Share