Strong indication has emerged to the effect that the running mate to Late Chief MKO Abiola in the annulled 1993 Presidential election, Alhaji Babagana Kingibe may replace the late Chief of Staff to President Muhammadu Buhari, Mallam Abba Kyari whose death was announced by the Presidency late Friday night.

In a statement released by the Presidency yesterday, Mallam Abba Kyari, who had tested positive to the ravaging COVID-19, and had been receiving treatment. But he died on Friday, April 17, 2020. 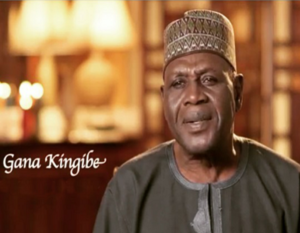 YOU MAY ALSO LIKE:   Details Of How Five Davido’s Crew Members Died In Four Years

ThePage reliably gathered that plans have started in earnest to fill the vacant office of the Chief of Staff to the President even as checks have revealed that Babagana Kingibe may be appointed the new Chief of Staff.

“Forget his ignoble role in the June 12 saga, Kingibe is a diplomat and a technocrat. He is close to the President. He is the unseen hand in charge of the National Intelligence Agency, NIA as it is today. He is one man who has been part of this government from behind the scene” a source privy to the plans towards the appointment of a new Chief of Staff revealed to The Page.

If Kingibe is eventually named the Chief of Staff, the appointment may be a good step towards his realising his Presidential ambition.

ThePage gathered that Kingibe may have before now, been one of the favourites, penciled down to succeed President Buhari, hence his involvement in the behind the scene day -to -day running of the Buhari administration.