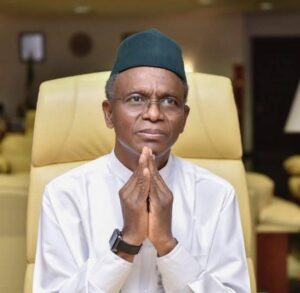 Barely 24 hours after Governor Nasir El-Rufai sought aggressive presidential intervention against bandits operating in Kaduna State, the terrorists have reportedly kidnapped about 70 traders who were travelling along the Birnin Gwari-Kaduna road in the state.

Following the killing of about 40 people after bandits invaded three communities in Giwa Local Government Area of the state on Sunday, Governor El-Rufai met with President Buhari on Tuesday to brief him about the situation and seek the Federal Government’s help to stop the terrorists.

YOU MAY ALSO LIKE:   Saraki Welcomes Media Mogul Dele Momodu Back To PDP

He had told State House correspondents after the meeting: “…there is nothing like repentant terrorists (bandits). The only repentant bandit is the one that is dead. Our intention in the state is to kill them (bandits/terrorists), let them go and see God.”

But in a daring attack, the bandits reportedly kidnapped seventy traders said to be heading to Kano on Wednesday.

The Punch reports that the traders were travelling in a convoy of about 20 vehicles and with police escorts.

The police escorts were nowhere to be found when the bandits struck, said the report which also quoted eyewitnesses as saying the victims were whisked away into the forests.

Previous Sharia Police to grill the parents of Miss Nigeria 2021 winner over her ‘illegal’ participation in the pageant
Next Our Friend Who Came To Learn ‘Yahoo’ Died After We Took ‘Colorado’, Suspects Tell Police