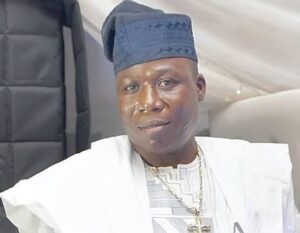 The Benin Republic Government has released Yoruba Nation activist, Sunday Adeyemo Ighoho to Yoruba Leader, Professor Banji Akintoye.
This was made known in a statement to Naija News on Monday by the Communications Secretary to Ilana Omo Oodua Worldwide, Mr. Maxwell Adeleye.

Akintoye described the release of Ighoho as a Triumph of Truth over Darkness in Yoruba Land.

However, Sunday Igboho’s counsel, Mr Yomi Alliyu, SAN, told Vanguard that he was released to attend to health in a Beninese hospital.

Alliyu said: “Igboho has not been released, he was only released to be taken to the hospital. The last time we spoke, I told you that we are making arrangements to take care of his health. So, he was released based on health grounds.”