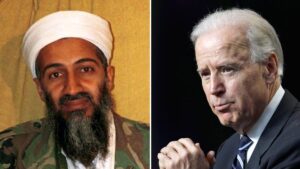 The United States army has successfully conducted a counterterrorism operations in Afghanistan leading to the killing of the emir of al-Qa’ida: Ayman al-Zawahiri.

The US President, Joe Biden, announced this in a national address.

Biden claimed that al-Zawahiri served as deputy and number 2 to Osama Bin Laden, the mastermind of the 9/11 attack on US soil that took the lives of over 2,000 people in one-day.

He said that US intelligence showed that the target planned the attack against US alongside Bin Laden.

Writing on his Facebook page on Tuesday morning, Biden vowed that no matter how long it takes, the US will continue to ensure that justice is served against all enemies of the state.

He wrote,” On Saturday, at my direction, the United States successfully conducted an airstrike in Kabul, Afghanistan that killed the emir of al-Qa’ida: Ayman al-Zawahiri.

“Justice has been delivered.

“The United States continues to demonstrate our resolve and our capacity to defend the American people against those who seek to do us harm.

“No matter how long it takes.
No matter where you try to hide.
We will find you.

“I made a promise to the American people that we’d continue to conduct effective counterterrorism operations in Afghanistan and beyond.

“We have done that.”