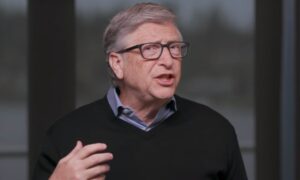 Gates’s Cascade Investment LLC, the No. 1 shareholder in Signature Aviation, and Blackstone are in advanced discussions with the London-based firm on a $5.17-a-share cash offer, they said Friday in a statement. Signature had said in December it would accept an approach from Blackstone if a firm offer were made at that level.

The involvement of Gates means Blackstone becomes the firm favorite to purchase Signature after Carlyle Group Inc. said Thursday it was also considering a potential offer. A third suitor, Global Infrastructure Partners, said in December that it was considering its options after its lower bid was rejected.

Shares of Signature were trading 4.8% lower as of 8:10 a.m. in London as prospects for a bidding war faded. The stock was priced at 397.90 pence, equivalent to $5.40, still above the offer mooted by Blackstone.

Private flying is one of the few travel sectors to have benefited from the coronavirus pandemic, offering the well-heeled the opportunity to continue traveling while minimizing potentially risky contact with other passengers.

Under the Blackstone plan, Microsoft Corp. founder Gates, who owns 19% of Signature, would contribute his shareholding and top it up with cash to become a 30% owner. Blackstone owns 70% of the bidding entity.

Signature, which changed its name from BBA Aviation last year, traces its origins to a Scottish industrial company founded in 1879. It’s had several names since and has focused on private aviation in recent years, selling parts distributor Ontic last year for $1.4 billion.

The company has also made several acquisitions, buying rival Landmark Aviation for $2.1 billion from Carlyle in 2016, and acquiring Epic Fuels for $88 million in 2018. Gates became an investor in 2009 and holds his stake through Cascade Investment LLC.

YOU MAY ALSO LIKE:   BREAKING: Russia declares ceasefire in Ukraine

Signature had become a more likely takeover target since simplifying and selling its Ontic unit, according to Citi analyst Charles Mortimer.

Carlyle is working with Bank of America Corp. and Morgan Stanley on its approach, people familiar with the matter said, asking not to be identified because the information is private.

YOU MAY ALSO LIKE:   Schools Declare Emergency Holiday Over IPOB's Sit At home Order.

Signature confirmed the Carlyle approach and set Feb. 4 as a deadline for a firm offer. It set a Jan. 14 deadline for formal proposals from the Blackstone and GIP.