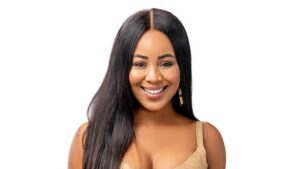 The Big Brother Naija Lockdown has been living up to its billings in terms of intrigue, and yesterday’s eviction and disqualification has set Nigerian social media into frenzy like never before. The eviction of Lucy caught many unaware especially giving that Tricktee and Vee survive it, another issue like that is the disqualification of Erica who is not up for eviction.

Erica seems to have on Monday secure her place for another week by her emergence as the Head of House, though on two strikes for infringing on house rules it was the general believe that she will at least scale through this week eviction but that is not to be over issues that we can say is more the fault of Big Brother than hers.

YOU MAY ALSO LIKE:   PROPHET TB JOSHUA’S MESSAGE TO PRESIDENT TRUMP

I know many people will be wondering how I arrived at my conclusion. Let’s look at it this way, the genesis of the issue that led to her disqualification was her trying to kiss Laycon during their Saturday party sponsored by Johnnie Walker, it is the party that happens like 4 weeks back that has DJ Consequence on the turntable, if you could recollect most of the Saturday parties before then are sponsored by Guinness but this was the first time a spirit drink brand will be the drink for the Saturday’s party and Erica became so intoxicated that she could hardly recollect event of the night.

Knowing her weakness for spirit drinks she was this time around allowed to indulge in Gordons Dry Gin, someone once said gins are revered even by the ancestors that they only drink it with the cover, the decision to again expose her to spirit drinks when she’s already on two strikes is to me a deliberate attempt to quickly send her home and that was the case yesterday.

My belief is that should there be Origin present she may not be that high to act the way she acted but exposing her to consumption of gin is partially the fault of Big Brother but mainly her fault for not knowing her ability, if not there won’t be need for young Nigerians who had campaigned intensely for her to be contributing the money the are supposed to be using for upkeep to support her.

Stay tune while we expect the next drama to be linked to the follies of the Big Brother.