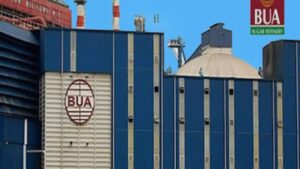 BUA Cement, on Tuesday, said it never received any blanket approval to export cement through the Nigerian land borders at a time the borders were closed. The company said it was only granted a limited approval to export some cement to Niger Republic, which is 100kms from its plant, and this was disclosed in the company’s half-year results.

The clarification comes amid revelations that rival Dangote Cement got approval from the Nigerian government to export cement through some of Nigeria’s land borders at a time the borders were closed.

Earlier on Tuesday, PREMIUM TIMES reported how details emerged that despite the border closure policy put in place, the Nigerian government had allowed Dangote Cement to resume cement export across its land borders.

According to Bloomberg, President Muhammadu Buhari‘s administration gave its authorisation for Africa’s biggest producer to export cement to Niger and Togo in the third quarter for the first time in ten months.

The revelations were made by Michel Puchercos, chief executive officer of Dangote Cement, on an investor call in Lagos.

The revelation sparked outrage on social media Tuesday, as many Nigerians questioned the rationale for granting such approval to selected businesses while other businesses suffer the effect of the year-long blockade.

Stanbic IBTC founder, Atedo Peterside, questioned the rationale for granting such waivers to only a few businesses.

On Tuesday, the management of Dangote Group in its reaction described reports of the development as “misleading and mischievous”.

YOU MAY ALSO LIKE:   House Republican Chair Liz Cheney, to Vote for Trump Impeachment

In a statement, Tuesday, the company said it was not the only company enjoying such privilege to move goods through the land borders.

“I am directed to forward herewith a letter from the Office of The National Security Adviser referenced NSA/227/C dates 17th June, 2020 on the above subject matter,” the memo reads.

“The trucks will exit and return through Illela Border station in Sokoto State. “Attached herewith is a list with names of drivers and truck license numbers and other relevant details for ease of reference.

“This is forwarded for information and strict compliance, please,” the memo addressed to Custom Zonal Coordinator in charge of Sokoto/Zamfara commands stated.

Reacting to reports about the memo Tuesday night, BUA Cement said the company did not enjoy express approval to export cement as reported in a section of the media.

In a telephone conversation with PREMIUM TIMES, the Group Head of Corporate Communications at BUA Group, O’tega Ogra, said the company only received “limited approval” to export.

“BUA Cement does not have any blanket approval to export and the Nigerian borders remain closed,” he said.

“BUA Cement was granted a limited approval to export some cement to Niger Republic (which is 100kms from our plant), and this was disclosed in our half-year results and presentations to the investing and general public.”

Similarly, a transcript of the company’s half-year results call made available to PREMIUM TIMES detailed how Yusuf Binji, the company’s MD/CEO, explained the export approval to investors and analysts earlier in the year.

When asked questions about the export, Mr Binji explained that during the month of June, the company received an approval for limited export to the Niger Republic from “our so-called Plant” through the Illela border which it carried out successfully.

“The Nigeria land borders still remain shut,” he said. “So this was a one-off thing we received but we hope to get more subsequently during this quarter.”

“For the exports, yes, we are very hopeful we are going to get more permits to carry our spares to the Niger Republic. Like I mentioned earlier, we were given a one-off thing for a limited quantity which we exhausted in June.

YOU MAY ALSO LIKE:   Femi Adesina Goofed in His Attack Against Primate Elijah Ayodele's Predictions

“But we are optimistic it’s going to continue during Q3 through the land border of Illela from Sokoto State into the Niger Republic.”

Speaking about the demand from Niger, Mr Binji said the company tried to make the Nigerian market its priority.

He said: “We have to satisfy the demand in Nigeria. What we are sending is the excess production that we have. So as long as we are not so clear about the actual demand in Nigeria, we would not be able to put a number or figure to how much we are going to export. So we will see and also we have to see when the restrictions are lifted and the borders are fully opened, because like I said, also it was a one-off thing we got and we hope to get more and with that, we cannot really say this is how much you are going to export.

“We are being given the approval in batches. Regarding the Benin Republic, no we don’t have any plans to export the Republic of Benin.” Asked to give full details of the export and approval, he said: “We exported 200 trucks. It came towards the last week of June. 200 trucks of 40 tonnes each, that is 8000 tonnes. That was the approval we got and we exported it fully.”