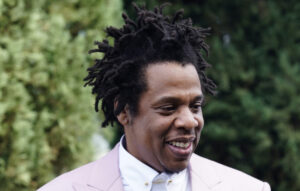 “Hip-hop from the beginning has always been aspirational,” Jay-Z said in 2010 when Forbes got a ringside seat to the rapper’s first meeting in Omaha with billionaire investor Warren Buffett. “It always broke that notion that an artist can’t think about money as well.”

More than a decade later, the rapper-turned-billionaire is showing exactly what he means: In his second major deal in as many weeks, Jay-Z inked a deal to sell  a majority stake in music streaming company Tidal to Jack Dorsey’s mobile payment company Square for $297 million. The transaction valued the company at about $450 million—$150 million more than Forbes’ 2019 estimate. Forbes figures he netted out $149 million in cash and stock—and got a board seat—after buying back 33% of Tidal from T-Mobile earlier this week and then selling that and the third he already owned. Tidal’s “artist shareholders” will continue to have a stake in the company, and Jay-Z will own a small percentage, as well.

This comes a week after he sold half of his Armand de Brignac champagne to LVMH in a deal that valued the luxury liquor company at about $640 million.

The two deals helped lift the fortune of hip-hop’s first billionaire to $1.4 billion, up from $1 billion.

It’s just the start.  His diverse and growing business includes the remaining 50% stake in the $300-per-bottle Armand de Brignac, as well as D’Usse cognac and a collection of less-sexy startups including insurance startup Ethos and salad chain Sweetgreen. He also owns a chunk of his own music, shares multiple multi-million dollar mansions with his wife Beyoncé and has a growing art collection.

Here’s how it breaks down:

Jay-Z has been singing about the importance of spending money wisely for years—and he’s done just that, pouring a good portion of his $760 million estimated earnings (pretax) into investments. His holdings include stakes in Uber and now Square, as well as in private companies like salad chain Sweetgreen, insurance startup Ethos and SpaceX. His next likely big win: Oatmilk company Oatly is expected to IPO this year and is reportedly seeking a $10 billion valuation. He invested an undisclosed amount in July 2020.

Last week, Jay-Z announced he was selling half of his champagne company, also known as Ace of Spades, to luxury house LVMH’s Moët Hennessy. Forbes estimates that the deal valued the gold-bottled bubbly brand at $640 million—or more than double its estimated value in 2019 and even more than the “half a B” Jay-Z himself rapped about on Meek Mill’s 2018 song “What’s Free.”

YOU MAY ALSO LIKE:   FIRSTBANK 'VYBES' NIGERIANS ALL THROUGH DECEMBER

Jay-Z’s joint-venture with Live Nation was founded in 2008 and is a full-service entertainment  company serving some of the biggest names in the biz, from musicians Rihanna and Alicia Keys to athletes Kyrie Irving and CC Sabathia. The company is responsible for the Super Bowl Halftime Show, Made in America music festival and even has a publishing deal with Random House. While the pandemic has slowed the company’s live-touring business, it was growing steadily prior to Covid-19.

A partnership with liquor giant Bacardi, Jay-Z’s cognac launched in 2012. While it typically retails for a reasonable $30 per bottle, fifty rare bottles—including a diamond-shaped crystal decanter—are currently at auction at Sotheby’s for an estimated price tag of $24,000 to $75,000 each.

With multiples for music catalogs on the rise, Jay-Z’s library of nearly 300 songs is worth $20 million more now than it was two years ago, and thanks to a series of smart negotiations, he owns both the publishing rights and master recordings to his music.

YOU MAY ALSO LIKE:   Hadiza, You Need to Do Soul-searching By AbdulMumuni Nureni-Bello

A fan of Jean-Michel Basquiat—he raps about having one in his kitchen on his song “Picasso Baby” and reportedly spent $4.5 million on one in 2013—Jay-Z’s impressive art collection also features works by Damian Hirst, David Hammons and Richard Prince. He sees the collection as an investment. As he sang on “The Story of O.J.”: “I bought some artwork for one million, Two years later, that shit worth two million, Few years later, that shit worth eight million, I can’t wait to give this shit to my children.”

Jay-Z and Beyoncé picked up two homes in 2017 after giving birth to their twins: an $88 million Bel Air mansion and $26 million East Hamptons spread. The Los Angeles home is already worth $5 million more than the purchase price. Proving that the couple is, in fact, human, they still have a mortgage on the home. He also still owns his Tribeca penthouse bachelor pad that he bought in 2004 for $6.85 million.

Previous Arsenal FC One leg into Europa Last-Eight with Victory in Greece
Next Petrol price now N212.61 per litre – PPPRA