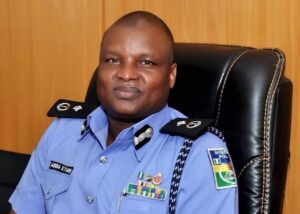 A Federal High Court sitting in Abuja on Monday, ordered that Kyari and six others that are facing drug trafficking charges be moved to Kuje Correctional Center.

The court held that the NDLEA placed sufficient materials before it to warrant the refusal of bail to Kyari and his Co-Defendants. Kyari’s accomplices and former members of the IRT, ACP Sunday Ubia, Inspector Simon Agirgba, and Inspector John Nuhu were also denied bail.

In the charge marked FHC/ABJ/57/2022, are; ASP Bawa James, as well as two drug traffickers that were arrested at the Akanu Ibiam International Airport in Enugu, Chibunna Patrick Umeibe and Emeka Alphonsus Ezenwane.

Nwite ordered an accelerated trial of the Defendants, even as it fixed April 28 for the review of facts in respect of the case against Umeibe and Ezenwane.