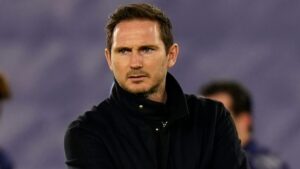 Thomas Tuchel will replace Frank Lampard, whose sacking at Chelsea will be confirmed later on Monday.

The Daily Telegraph broke the Lampard news on Monday morning, with several other outlets following suit.

Lampard had managed to guide Chelsea back to winning ways on Sunday in the cup against Luton. But it has been their league form which has concerned Roman Abramovich and Marina Granovskaia at Stamford Bridge.

TEAMtalk understands the decision was made after Leicester game. The former Derby boss was given a chance after 3-1 defeat to Man City, but defeat to Leicester was the final straw. Lampard’s axing will become official later on Monday.

Granovskaia has been working on his replacement since then and we understand the same agents who brokered deals for Timo Werner and Kai Havertz have done a deal for Tuchel.