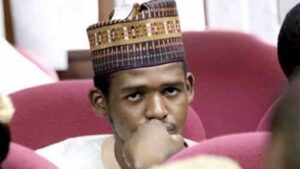 The Economic and Financial Crimes Commission, EFCC successfully established that Faisal, operated a fictitious bank account with the United Bank for Africa, UBA, through which his father, Maina, laundered the sum of N58.1million.

Court documents reveal that the money which was kept in the account and operated under the name ‘Alhaji Faisal Farm 2’ was sequentially withdrawn by the Defendant and his father, between October 2013 and June 2019.

Abang expressed satisfaction with the EFCC’s case against the accused adding that Faisal should have known that inflows into the bank account formed proceeds of an unlawful act of corruption by his father.

The court held that the charge would run concurrently, starting from Thursday.