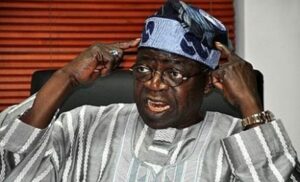 YOU MAY ALSO LIKE:   Lagos Assembly asks Buhari to address nation

See the final results below: