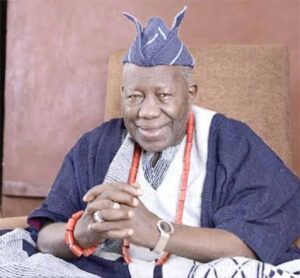 The monarch died at the University College Hospital in Ibadan, Oyo state, at age 93.

His death was confirmed by palace sources who pleaded anonymity to The Punch.

However, when contacted, the monarch’s aides neither confirmed his death nor denied it.

YOU MAY ALSO LIKE:   Ganduje decongests correctional centre, Frees 123 inmates

“Even if he is dead, it is the governor that will announce it,” one of his media aides said when contacted on the telephone.

Another aide said in Yoruba, “You don’t hear bad news from a priest,” and cut the phone.

YOU MAY ALSO LIKE:   ARLPAN Members are never involved in Human Trafficking – Rex Bamidele Jacob

He was the first of 17 children of his parents.