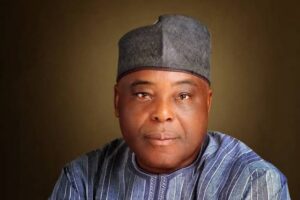 Chairman of Daar Communications Plc and Member, Board of Trustees for the Peoples Democratic Party, PDP, Chief Raymond Dokpesi has expressed support for the National leader of the All Progressives Congress, APC, Bola Ahmed Tinubu should he contest in the 2023 Presidential elections.

Dokpesi, in a recent interview with journalists in Abuja, canvassed support for Tinubu even though he also expressed support for the emergence of Northern Candidate as President in 2023.

He disclosed that Tinubu was a childhood friend.

“He is a philanthropist; he is kind-hearted. He is supportive of the ordinary person available, and he has brought about bringing hope to people. For 2023, I wish him the very best in whatever he puts his hands on. So, it has nothing to do with politics; it is a matter of the good relationship we have always had and I cherish it and I want to keep it.”

POLITICS NIGERIA earlier reported that the media mogul had earlier criticised plans to field a candidate from the South-East for the 2023 elections.