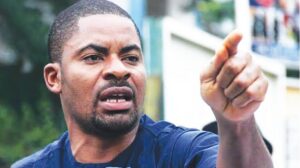 A popular political activist and convener of Concerned Nigerians, Prince Deji Adeyanju, has asked President Muhammadu Buhari and his aides to stay off Twitter.
The former PDP member was reacting to the decision of the Federal Government to lift the ban on the micro-blogging site.

The disclosure was made on Wednesday by the Minister of Information and Culture, Alhaji Lai Mohammed while briefing newsmen shortly after the weekly Federal Executive Council (FEC) meeting in Abuja.

YOU MAY ALSO LIKE:   Excessive Use Of Social Media has robbed the Destiny of some Youths – Bishop Oyedepo

Mohammed stated that the government negotiation with the micro-blogging platform is at an advanced stage already, saying most of the conditions given to the platform have been accepted.

He revealed that areas still pending include setting up an office and having a Twitter staff of management cadre that will serve as the country representative.

Reacting in a post on Twitter, Deji Adeyanju claimed Buhari and his ‘clueless’ aides are eager to return to Twitter as they are tired of other social media platforms.

In a tweet, Adeyanju wrote: “Buhari is tired of KOO, wants to come back to Twitter urgently which is why they are looking for ways to suspend Twitter ban in Nigeria. We don’t want him and his clueless aides back on this app. KOO is where they belong permanently.”