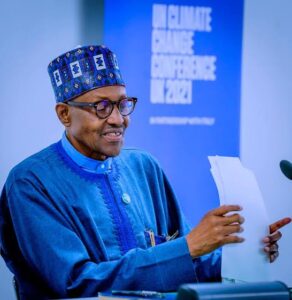 The Presidency has denied President Muhammadu Buhari ordered the immediate sack of the Abuja Electricity Distribution Company (AEDC) management.
Reports had emerged that Buhari had through the minister of state for power ordered the sack of the AEDC management over the recent strike embarked upon by electricity workers.

But in a swift statement on Wednesday, Buhari’s media aide, Garba Shehu distanced the president from the news item making the rounds.

According to Shehu, since the privatization of the Power Sector in 2013, the management of the successor companies has reverted to the new owners.

He said: “It is, therefore, totally out of place and inconceivable that the President would be linked to the management of a private organization, let alone sacking it.

“It is gladdening to note that the minister quoted in the statement has himself distanced himself from it.

“The Presidency, therefore, wishes to state expressly and reassure investors in the economy that President Buhari did not order the sack of the management of AEDC, neither does he intend to interfere in the running of the affairs of private business entities.

“The Presidency, however, welcomes ongoing discussions with relevant stakeholders to resolve the issues surrounding the recent developments in the company.”

Naija News reports that the Nigerian Union of Electricity Employees (NUEE) on Monday embarked on a strike to demand their unpaid allowances, salaries and unremitted pension deductions.

YOU MAY ALSO LIKE:   UBA Empowers 400 Entrepreneurs In Onitsha

This strike by the electricity workers left some areas in the Federal Capital Territory (FCT), Kogi, Nasarawa and Niger states without power for hours.