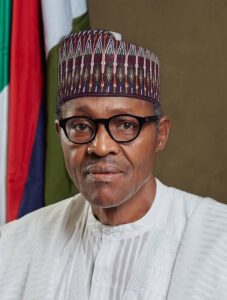 President Muhammadu Buhari has invited some top leaders of the All Progressives Congress to an Iftar dinner at the State House, Abuja.

The dinner will hold on Tuesday according to the letter of invitation sent out to guests.

The letter of invitation to the dinner was dated April 22, 2022, and addressed to the APC National Chairman, and signed by the President’s Chief of Staff, Mr Ibrahim Gambari.

The invitation letter read: “I write to inform you that the President, Major General Muhammadu Buhari (retd.), has directed that invitation be extended to the attached list of the leadership of the All Progressives Congress to join the President to break Ramadan fast on Tuesday, April 26, 2022, at 1830 hours in the Presidential Banquet Hall, State House, Abuja.

YOU MAY ALSO LIKE:   Heirs Holdings Significantly Expands Oil and Gas Portfolio

“In this regard, you are kindly requested to invite them to attend. The leaders are to arrive at the Pilot Gate at 1630 hours for Rapid Covid-19 testing at the State House Conference Centre and be seated at the venue by 1800 hours.”

Previous BREAKING: Bandits kill APC Chairman in Kaduna
Next 2023: Jonathan Seeking Support Of People Who Brought Him Down – Yeni Kuti