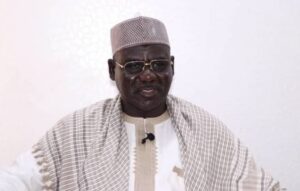 Besides subsiding terrorists attacks in the North East, banditry, kidnapping, and terrorism have led other criminal activities in other parts of the country.

Speaking in Abuja when Security Watch Africa (SWA) Team led by its President/C.E.O., Mr. Patrick Agbambu, paid him a courtesy visit, Amb. Buratai, pointed out that President Buhari brought the rampant activities of terrorists in the North East before his tenure under control when he assumed office in 2015.

YOU MAY ALSO LIKE:   WAEC Releases 2022 Timetable, Exams Commence May 9

He said “But a new challenge has emerged in other parts of the country which is a fall out of what happened in the North East.

“But I believe government is concerned and is not sitting idle, its not resting.

“Things are being done and I believe the current state of fear, the sense of despair in some quarters will soon be resolved,” he stated.

Recalling the situation in the country before President Buhari assumed office in 2015, he said “The security situation continued to deteriorate. But we give glory to God for the change in 2015.

“We contributed our little quota to stop the drift into anarchy. People tend to forget where we were.

“When we were in the office, we responded immediately there was any attack and we were always ahead of them.

“I believe we have done our country proud as members of the Armed Forces and we are still doing our best,” he added.

With so much conviction, the former COAS concludes, “The situation now will soon be tackled just like we did with the Boko Haram issue. President Buhari has the will and requisite capacity to surmount these challenges.”