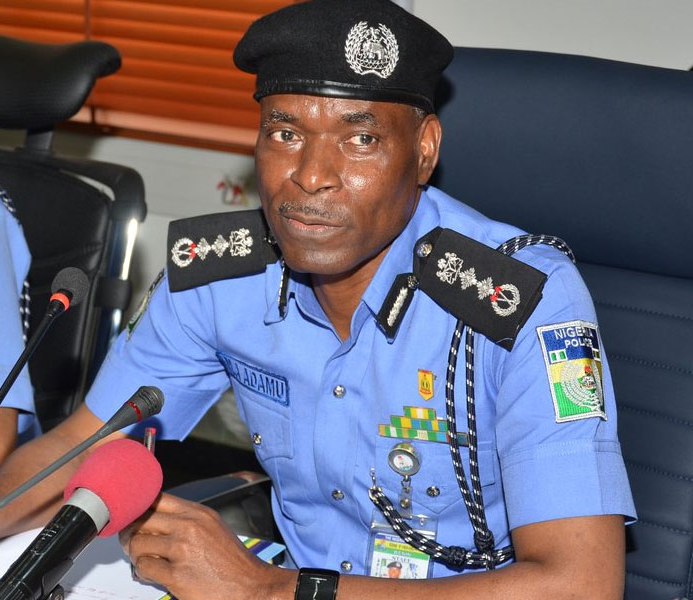 A N20m fundamental human rights suit has been filed against Inspector General of Police, Mohammed Adamu and six others over allegations of unlawful detention, torture and inhuman treatment of a Lagos-based businessman, Akinfolabi Akindele,

The applicant in the suit accused the Inspector General of Police and other respondents, of violating his fundamental human rights by arresting and detaining him in a brutal manner, sometime in February, 2019.

Akindele, who is also the Managing Director of Adamakin Investment, in the suit marked as TEMP/49826/2020 filed through his Lawyer, Idris Mohammed Doko, stated that at the behest of Alhaji Azeez Ashiru (the sixth respondent), sometime in February 2019, he was arrested, brutalised, detained and without being allowed to legal representation, compelled to make statements on each occasion of his arrest and detention without arraignment before any court of law till date.

He prayed the court to declare that the humiliating and brutal arrest and detention constitute a violation of his fundamental rights to dignity of the human person, guaranteed under Sections 34 and 35 of the Constitution of the Federal Republic of Nigeria 1999 (as amended) and Article 3 of the African Charter on Human and Peoples Rights (Ratification and Enforcement) Act Cap A9 Laws of the Federation of Nigeria 2004.

He further asked the court to declare that the fresh invitation sent to him on a matter that has already been investigated and concluded by the Deputy Commissioner of Police State CID Panti, for the purpose of restricting his movement, personal liberty and freedom, constitute violation of his rights under Sections 34, 35, 36 and 41 of the 1999 Constitution.

Also, he is asking the court for an order of perpetual injunction restraining the respondents whether by themselves or their officers, agents or representatives, from further harassing, intimidating, and or arresting him, or interfering in respect of the facts or transactions in the case, or any fact relating to the management of Estate of Madam Iyabode Efunroye Tinubu, for which the Respondents have been harassing, arresting and detaining him.

In addition, he asked the court for an order directing the respondents to jointly and severally pay him the sum of N20 million, as damages for violation of his fundamental rights.

YOU MAY ALSO LIKE:   Opinion: IBADAN, Honour to the undeserving By Wole Arisekola

Akindele in the affidavit in support of the motion, averred the that on August 27, 2012, the head of Tinubu family, other accredited representatives of the family, as well as the Trustee of the Estate of Madam Iyalode Efunroye Tinubu, gave him the Power of attorney dated August 27, 2012.

“By virtue of the said power of attorney, I was saddled with responsibility of managing or administering the entire Estate of Madam Iyalode Efunnroye Tinubu as Chairman and Managing Director of the company, which comprises of vast expanses of land across Lagos and Ogun State known as Ewe-Agbibo and Iwaya Farm Land, covered by the survey plan drawn by late Herbert Macaulay with registered title No. 45 at page 45 in volume 2212, comprising about 4.5 miles as delineated in the upgraded survey plan. Attached and marked Exhibit AD2, is the copy of the survey plan.

“That the various portions of the said expanse of land is occupied by known and unknown persons, as delineated in several survey diagrams exhibited in this affidavit and marked Exhibit AD3. “On becoming aware of the illegal or unauthorised occupation of the lands, I instituted an action against unknown persons in this court, in Suit No. LD/1604LM/17 currently pending before Hon. Justice Pedro sitting at Tafawa Balewa Square, Lagos, challenging the adverse claim of the ownership of any potion of land belonging or forming part of Madam Iyalode Estate.

“Alhaji Adio Lumosa is currently in Court in respect of same issues reported above, and had also earlier reported the same matter to Efcc for investigation, where it was established that the allegations were not only baseless, but false.

YOU MAY ALSO LIKE:   House Republican Chair Liz Cheney, to Vote for Trump Impeachment

“Notwithstanding the fact that the matter had already been investigated by the EFCC, they did not bother to get in touch with the EFCC for the outcome of the investigation, nor confirm from the court in Lagos and Ogun State, where the matter was instituted by Alhaji Lumosa in suit no Temp/41292/2018, Alhaji Adio Kazeem Lumosa & 2 Ors v Akinfolabi Akindele, Suit No. AB/243/52019 High Court Abeokuta, Suit No. ID/6319GCM/2019 at the High Court Ikeja, but kept me in detention for well over one week.

“In fact, they transferred me from their cells at Obalende to the Anti-cult unit of the Police at Gbagada, Lagos, where I was put in the cell with some hardened criminals who continued to beat me mercilessly, until I was later separated by the station officer, upon my cry for help and made a manhunt for the lawyers representing me in the defence and prosecution of these matters, at various courts in Lagos and Ogn State.

“In fact, Mr Kunle Awoma Esq, my Lawyer, who was invited to come for my bail at their office in Obalende, Lagos, was also arrested and detained with me till we were moved to the office of the IGP in Abuja, before we were granted bail,” he averred