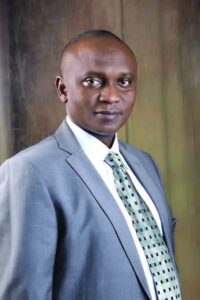 The Registrar General/Chief Executive, Corporate Affairs Commission (CAC), Alhaji Garba Abubakar, has expressed the commission’s commitment to the anti-corruption war of the President Muhammadu Buhari’s administration, adding that it will not in any way be party to corrupt practices.

He said the CAC would continue to work hard to achieve the objectives for which it was established to the satisfaction of its customers and stakeholders.

Abubakar spoke against the backdrop of alleged abuse of power and financial impropriety among others leveled against the management by the CAC staff union under the aegis of the Amalgamated Union of Public Corporation , Civil Service Technical and Recreational Services Employees (AUPCTRE).

He vowed that the commission would not be distracted by mischief makers bent on running down the organisation.

The commission in a statement said contrary to the claims by the union, the registrar-general had declared his assets before the Code of Conduct Bureau (CCB) in accordance with provisions of the laws of the land, pointing out that it was laughable that the claimants were raising doubt over the content of asset declaration they are not privy to. “It behooves on them to establish any case of wrong declaration,” it stated.

On the alleged inflation of consultancy fees for tax reconciliation, the commission in a statement issued over the weekend by the Director of Public Affairs, CAC, Duke Ukaga, said the tax consultant was engaged long before the appointment of Abubakar, adding that the former’s fees was based on the percentage of savings made to the commission as contained in his engagement letter.

The commission said the consultant was able to renegotiate the commission’s tax liability, saving about N600 million in the process.

The commission, among other things, denied accusations of abuse of power, financial impropriety and commercialisation of promotion examination in the commission.

YOU MAY ALSO LIKE:   2023: Nigerians Eagerly Waiting For Buhari's Tenure To End – PDP Replies Shehu

“The result of the examination was published the same day at the commission’s website upon receipt from JAMB.

“At the end of the final collation, a total of 258 candidates were successful and promotion letters were issued to the staff upon approval by the board of the commission. It is highly mischievous for anybody to claim that the process was commercialised.”

The management further clarified that the allegations are “figment of imagination of the AUPCTRE who could still not accept the reality of losing checkup dues of over N2 million monthly from the commission following the stoppage of checkup dues deduction in respect of senior staff.”

Previous Anti-Buhari protesters regain freedom after 68 days in Kogi prison
Next Just In: Tope Alabi Lands In Fresh Trouble After Revealing Her Relationship With Bishop Oyedepo