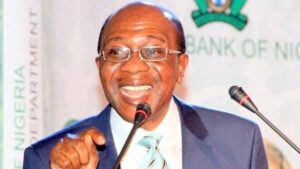 The Central Bank of Nigeria (CBN) has increased import duty on cargoes imported into the country by N23 after the apex bank hiked the exchange rate from N381 to N404.97 per dollar.

Experts believe such an increase will lead to a hike in the prices of goods imported into the country.

The CBN, yesterday, officially increased the exchange rate for cargo clearance from its initial N381 per dollar to N404. 97 per dollar, even as freight forwarders have raised an alarm over imminent inflation in the Nigerian market due to increase in the prices of goods.

However, the public relations officer, Tin Can Island Customs Command, Mr. Uche Ejesieme, who confirmed the increase, said it was not the function of Customs to increase the exchange rate but that of CBN.

The N23 difference has however, been effected on the customs systems by its IT service providers; Web Fontaine.

Reacting to the development, a freight forwarder, Mr. Emeka Efi Okonkwo, expressed surprise at the suddenness of the increase without recourse to stakeholders.

He said this would further increase the prices of goods at the Nigerian market, and would add to the economic pressure being experienced across the country.

“When we went to access a job this morning, we were told that the exchange rate has been increased, though we have been expecting it, but we didn’t expect that it would be so sudden. The implication of this on cargo clearance is that; cost of clearance would increase by $24.

“The cargoes that are already enroute Nigeria would also be affected, the cargoes that we want to clear this morning were affected. When you go back to the importer and request for money, they will tell you there is no notification of increase from customs, so the freight forwarders are the ones who bear the additional cost,” he lamented.

YOU MAY ALSO LIKE:   'Our Members Are Not killers' - Irigwe Youths Deny Involvement In Plateau Killings

Okonkwo said freight forwarding professionals need to be guided before such increases are coming up, so that they would be able to advise their importers on the new cost regime obtainable at the ports.

“The customs officials are working for the federal government, so they should have issued circulars to this effect much earlier, so that we can make predictions. This was the same way they increased it last year without any notification.

“Already, goods are expensive in the market, this would further add to the inflation in the Nigerian market, in addition to insecurity in the country. Major stakeholders no longer ship cargoes into Nigeria and the few ones coming in are being hounded,” he said.

Previous How We Recorded 25,000 Sales in First Month – SMW Fashion
Next Davido embarks on spiritual warfare against household enemies After Scary Prophecy