CBN Naira4Dollar: Nigerians in Diaspora Made N200million from 1 Week Remittance 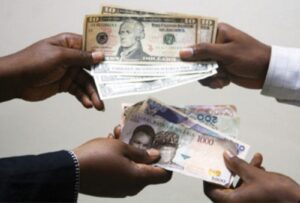 The Central Bank of Nigeria’s Naira4Dollar scheme may have attracted about $40 million in foreign remittances in one week, according to a reliable source with knowledge of the scheme.

Sources informs that the scheme had performed a lot more than expected as remittances via commercial banks have picked up suggesting Nigerians in the diaspora have embraced it.

It was reported recently that commercial banks in Nigeria are automatically opening domiciliary bank accounts for Beneficiaries of diaspora remittances in Nigeria under the CBN’s Naira4Dollar scheme. As the beneficiary receives the inflows, N5 for every dollar remitted is a credit to the naira account of the beneficiary.

The CBN Naira4Dollar scheme appears to be recording success since its introduction three weeks ago. A $40 million a week inflow suggests most of the dollars are either in domiciliar account of customers or withdrawn and exchanged at the black market.

The CBN believes remittances paid in dollars and sold on the streets will improve liquidity in the retail end, thus strengthening the exchange rate.

However, the latest information suggests the exchange rate between the naira and dollar is N486/$1 higher than the N480/$1 exchanged just before the new policy was introduced.

At $40 million the CBN would have incurred a cost of about N200 million.