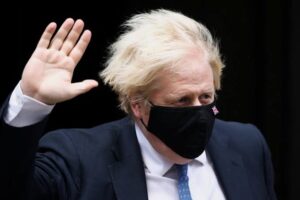 The government of United Kingdom will add Nigeria to its red list following reports of covid-19 Omicron variant confirmed in about 21 travelers from the country.

The new decision was disclosed in an official press release on the UK government’s website which joins Nigeria with Angola, Botswana, Eswatini, Lesotho, Malawi, Mozambique, Namibia, South Africa and Zambia.

“Nigeria to be added to the travel red list from 4am Monday 6 December following 21 cases of Omicron reported in England which are linked to travel from this country, with 134 UK cases now reported in total,” it stated on Saturday.

Secretary of State for Health and Social Care, Sajid Javid, however made it clear that for now, only Nigerian UK citizens or residents will be allowed entry under strict protocols.

Visitors from Nigeria and those on its red list are not allowed while others must conduct some tests before they can enter the UK.

“In light of the most recent data we are taking further action to slow the incursion of the Omicron variant.

“From 4am Monday, only UK/Irish citizens & residents travelling from Nigeria will be allowed entry and must isolate in a managed quarantine facility.

“And – from 4am Tuesday, anyone travelling to the UK from countries not on the Red List will be required to take a pre-departure test, regardless of their vaccination status,” he stated in a tweet.

YOU MAY ALSO LIKE:   Breaking! Chelsea Sacks Coach Lampard to announce Tuchel later

Javid also urged the citizens to get vaccinated as a first line of defence.

Recall that the omicron variant was first reported in South Africa on November 24.

Ever since, certain countries have placed travel ban on the country while the Nigerian government has said it stands in solidarity with its South African counterpart.

YOU MAY ALSO LIKE:   The Jagaban of Borgu is not a saint but the best option for Nigeria 2023! - Hon. Khairat Animashaun-Ajiboye
Covid-19: UK Puts Nigeria On Red List As 21 Travellers Contracts Omicron Variant 2021-12-04
Oluwasegun Adesuyi
Share