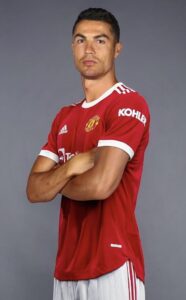 The Portugal international made the switch from Juventus in a move that has sent excitement down the spines of Old Trafford faithfuls.

It will be recalled that Ronaldo shot into the limelight with United before departing the club for more footballing challenges.