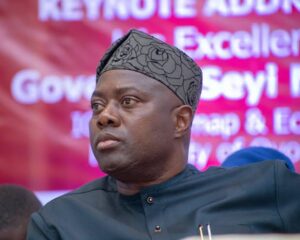 The Oyo State government has accused operatives of the Nigeria Customs Service of carrying out the attack on Ibarapa community on Friday.

The Chief Press Secretary to Governor Seyi Makinde, Mr. Taiwo Adisa made the observation in a statement on Saturday after a visit by the government team to the affected communities.

It was gathered that the gunmen stormed the ancient town around 8.pm and left after shooting sporadically.

No fewer than three people were reportedly killed while the shooting lasted, including an Amotekun commandant in Ibarapa Central LGA.

But making clarification on the ugly incident, the Oyo Governor’s media aide said the community leaders identified those that attacked them as Customs Officers, not unknown gunmen as widely reported.

He added that the community leaders made the revelation during a fact-finding meeting between a team of the state government and political/traditional leaders of the affected communities on Saturday.

Adisa said, “The political and traditional leaders of Ibarapa extraction at the meeting, described the Friday raid on Igangan, Igbo-Ora and other communities in the area by men of the NCS as unnecessary and not well-thought-out.

“They called on the leadership of Customs Service to regulate operations of its personnel.

“It will be better if the authorities restrict them to border towns to end unwarranted attacks on innocent communities.”

The government’s team accompanied by the traditional rulers and community leaders visited the scenes of the incident at Igangan, Ayete, Tapa, and Igbo-Ora.

They appealed to the residents to maintain calm and avoid retaliation of any form for peace to reign.

Previous Optimism Of Francophone’s Strategic Cooperation Against Insurgency As Buratai Resumes In The Republic Of Benin
Next Oyedepo Speaks On Contesting Election In Nigeria, Reveals Preferred Party