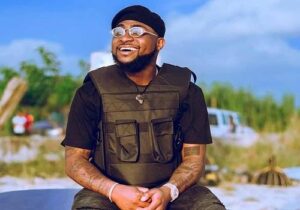 Afrobeat singer, Davido Adeleke, donates the entire N201M raised for his birthday crowdfunding to charity with an additional N50M.

This is coming days after the singer raised the sum of N201M initially intended to be for his 29th birthday celebration.

Davido, however, confirmed in a statement via Instagram his intention to donate it all to charity in Nigeria with an extra N50M from his pocket.

“A lot of people have called me saying it’s your money, keep it, don’t listen to what people are saying, but not to be corky, the money is a lot; I won’t say I don’t need it. I think there are more people that need it more than me. Right now, we are at about N201M; so, I’ve decided to donate all the money out in Nigeria and apart from the N201M, I will add N50M from my own money,” he said. 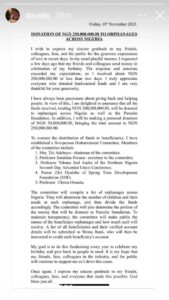