Home / News / Feature / Death to Rapist: In Defense of the Josephs
unmute the video for sound

Death to Rapist: In Defense of the Josephs 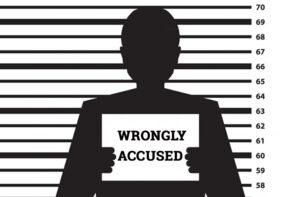 The issues of rape has suddenly become a scourge that needs urgent and swift interference of relevant government agencies, many organisations and individual has been clamoring for different and stiffer punishment rapists. The holy Bible according to Deuteronomy 22 verse 25 put the punishment for rape as death.

The 2008 UN Security Council meeting had also passed Resolution 1820, which states that “rape and other forms of sexual violence can constitute war crimes”. Patricia Sellers, a prominent international criminal attorney and special adviser for prosecution strategies to the prosecutor of the International Criminal Court further reinforce the fact that the Yugoslavia and Rwanda judgment enforcement has erased the doubt and established rape as a war crime, a crime against humanity and sexualized violence within the meaning of genocide.

It is therefore expected that legislators will take the bold step as making sure that rapists are made to pay the swift maximum punishment for the crime tagged crime against humanity.

However, one thing that come to mind when we are trying to ascertain the guilty or the innocent is what I call the Joseph treatment. Since most of the cases enjoying media mention in Nigeria especially those that has to do with celebrities are issues the accusers always dated to years back with no doctor report to back them up, many are of the thought that the case of biblical Joseph may be the case.

If it could be recollected Joseph was accused by his master’s wife of rape even when the story relays that it is a case of fight back of a scorned woman. Findings shows many men have been punished unjustly for such cases all around the world, this write-up will be mentioning few and the consequence on those that were falsely accused.

The story of Daniel Jones of Queanbeyan City in Australia is one story that stand out, the then 25 years old was accused of rape by his fiancée and he was made to undergo more than six (6) years long persecution that cost his parent their life savings of more than $600,000, it took intervention of a new detective to set him from the false accusation of a lady who is supposed to be his wife.

Though Dan did not spend more than months in the prison but his accusation ended up destroying his parents’ more than 30 years relationship and all their life savings while the lady in question Sarah Jane Parkinson was only sentence to 3 years and 1 month period in prison not for falsely accusing Dan but for misleading investigator with no monetary compensation for the ruined family.

Another like that is the case of two young men in New York, USA, who were accused of rape, Gregory Counts, then 19, and Van Dyke Perry, then 21 in 1991, they were arrested and charged with rape. Despite the fact that investigators had no physical evidence. Semen recovered from the woman did not match the two accused men. The prosecution’s case relied heavily on her testimony, and in 1992, a jury convicted Mr. Counts and Mr. Perry on all counts except for the weapons charges. Mr. Perry ended up serving 11 years in prison while Mr. Counts served 26 years.

It took efforts of the attorneys with the Innocence Project in 2012 to reopen the case and with the help of DNA proved the two men were wrongfully imprisoned, during further investigations and questioning the woman who accused the two admitted that the story was a lie. She told investigators that her boyfriend forced her to make the fake accusations. 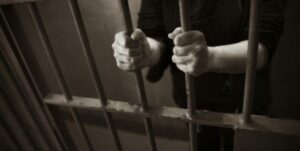 YOU MAY ALSO LIKE:   GAIM 4 DRAWS: 13 New Millionaires Emerge In Fidelity Bank’s Savings Promo, Begin 2020 On A Happy Note

Here some of the cases that is raising the people’s fear that the campaigners for capital punishment for rapists though on track but a law must also be put in place for those who are falsely accusing people of rape and other sexual related offences to face almost the same punishment as rapists, since the two of them will be altering the lives of those at the receiving end.

It will therefore be right for sexual offence activists to join in their clamour same punishment for both rapist and the Josephs.