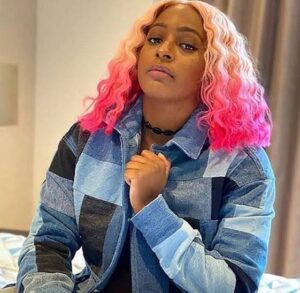 BBC Radio while announcing the development in a statement released on their Twitter account wrote, “And, congratulations to Cuppy who will join 1Xtra to host the station’s brand-new Weekend Breakfast Show on Sundays (7 am – 11 am) from Sunday 9 January 2022! Congratulations @cuppymusic and welcome to the 1Xtra family.”

YOU MAY ALSO LIKE:   Abducted IPMAN chairman regains freedom after N70m ransom

DJ Cuppy, who also confirmed her appointment with BBC through her LinkedIn, shared a picture using the logo of BBC 1Xtra as a backdrop.

She captioned the picture, “I’m happy to share that I’m starting a new position as Radio Presenter at BBC!”

This is coming after DJ Cuppy revealed that her decision to cut her hair has affected her relationship.

The billionaire daughter stated that one of the issues her man has with her was because she decided to cut her hair.

She explained that women often try to fit into certain boxes so they can be accepted by others and she does not want to do that any longer.