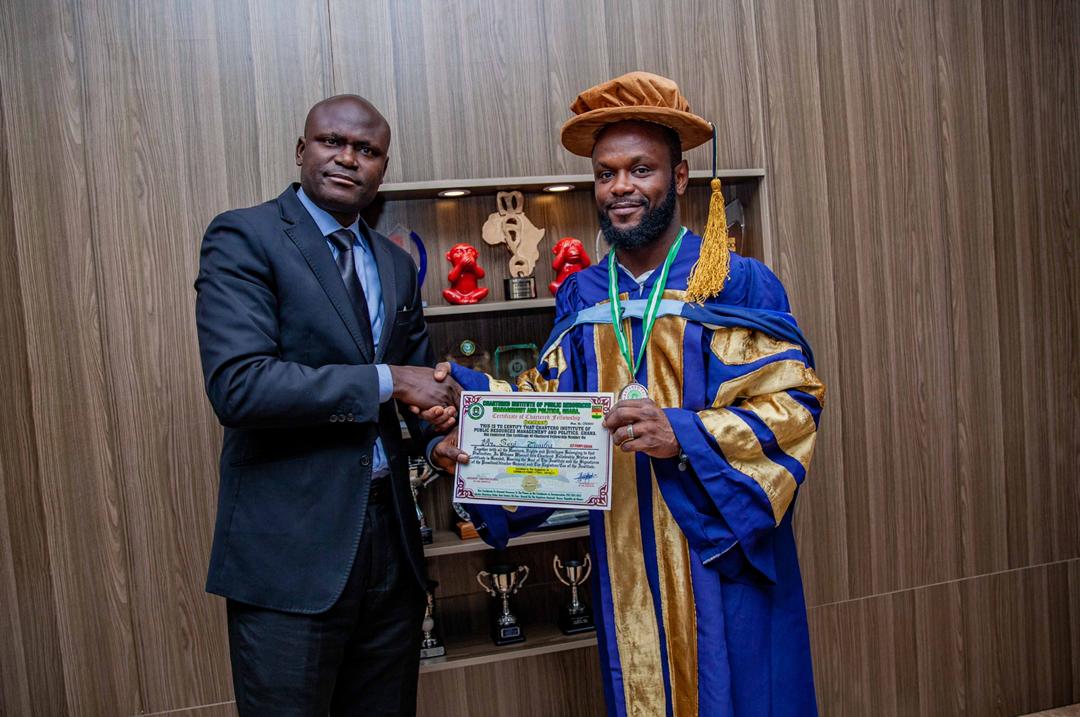 World richest man and founder of Amazon in one of his famous quotes said, “Work hard, have fun, make history”. These will best be used to described the trend at which young and hardworking Chairman of Loatsad Promomedia, Seyi Tinubu is living.

Seyi who is known for his hard working and his fun loving lifestyle has recently been making history by the number of awards that are trailing him, recently, Chartered Institute of Public Resources Managers and Politics, an organisatuion based in Ghana decided to honour the humble but hard-working man by inducting him into 2020 Fellowship Hall of Fame of the organization.

The delegation headed by Dr. Richard Kpoku-Aquarte in his speech described the Loatsad Chairman as a man of an uncommon professional of excellence in a class of his own, he also address his as a pace-setter media innovator, a multi-dimensional business executive of unparalleled distinction and a boardroom strategist.

Dr. Kpoku-Aquarte explained further that the Fellowship is to honour people from all nations especially those those who have proven themselves as embodiments of Integrity, Transparency and Accountability in their various leadership positions. He also listed Otunba Gbenga Daniel (former Governor of Ogun State), Mr. Stephen Onasanya (former M.D. of First Bank of Nig Plc), Barrister Adebayo Shittu (former Nigerian Minister of Communications), Prof. Abdil Kareem Age Sulyman (VC University of Ilorin) and many more important dignitaries as some individuals that has been inducted into the Fellowship in the past.

In the same vein another organization, Avance Media, a Public Relations & Rating company that has for some times been honouring young Africans that are making positive impact in their different countries to encourage them to do more, recognizes his contribution and has since nominated him for the annual honor.

Announcing the nomination on his Instagram page, Seyi Tinubu attributed his nomination to the hard work and dedication of the Loatsad Promomedia team and his partner Denrele Olusoga, in the message he stated “Congratulations to the @loatsad_promomedia team, this is an affirmation of their hard work which has led to my nomination for @avance_media‘s 2019 100 Most Influential Young Nigerians in Business. It’s been a collective effort and journey so credit must be given to my team and partners”.

The list which is being compiled and voted for yearly started about five years ago and has had names of influential Nigerian young men and women like; Davido, Wizkid, DJ Xclusive, Funke Akindele, Kelechi Anyikude, Amaka Osakwe, DJ Cuppy, John Obi Mikel, Linda Ikeji, IK Osakioduwa, Toke Makinwa and many more young Nigerians.

The list according to the organisers headed by Prince Akpah is to “serve as an encouragement to young Nigerians who are accomplished in their industries and continue to build distinguished brands for themselves and influence over others. The list also urged those honoured to continue striving harder so that their story can inspire other young people to also contribute their quota to the development of Nigeria and the continent of Africa.” 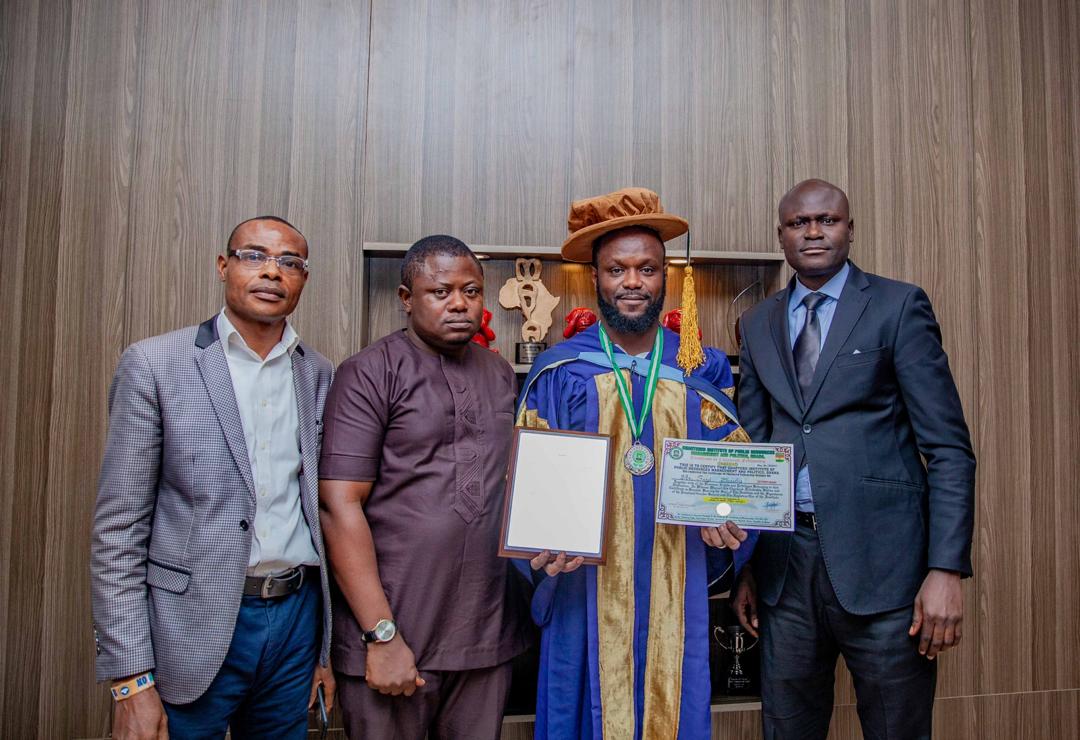