Dr. Dre admitted in Hospital after signs of a Brain Aneurysm 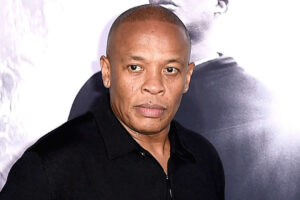 Dr. Dre was undergoing medical treatment Tuesday after being admitted to Cedars-Sinai Medical Center with a possible brain aneurysm, two sources familiar with his condition said.

(Brain Aneurysm is a weakness in a blood vessel in the brain that balloons and fills with blood.

Most intracranial aneurysms occur between the underside of the brain and the base of the skull. The aneurysm can leak or rupture, causing life-threatening bleeding.)

The legendary rap artist and producer turned music mogul was considered to be in stable condition at the Los Angeles hospital after undergoing testing, according to one of the sources who asked not to be named because the person was not authorized to discuss the medical matter.

The rapper, 55, whose real name is Andre Young, rose to fame with N.W.A from the streets of Compton and went on to become a top producer and the co-founder of Beats Electronics, a venture that turned him into a billionaire. After TMZ.com revealed that Dre was hospitalized, N.W.A co-founder Ice Cube tweeted, “Send your love and prayers.”

Dre, according to a source, had been in the intensive care unit at one point.

The medical emergency comes amid an escalating divorce battle with his longtime spouse, Nicole Young, who is seeking $2 million a month in spousal support and $5 million in lawyer fees.

In the 1980s, Dre steered the city’s most incendiary act, N.W.A, and forced the discontent of police-brutalized South L.A. onto radios and televisions nationwide with singles such as “F— tha Police.” The group’s furious and profane lyrics were bolstered by Dre’s ear for the bounce of funk.

In 1995, he earned his first Hot 100 chart-topper with Tupac Shakur’s “California Love,” one of the defining West Coast hip-hop songs.

After leaving the volatile Death Row Records and founding his Aftermath imprint with Interscope, in 1998 he signed a young white rapper from Detroit, Eminem. Eminem’s skill and darkly funny lyrics fit Dre’s sensibilities, and the two cemented hip-hop as the new chart-dominant pop music.

With 50 Cent’s smash 2003 LP “Get Rich or Die Tryin’,” Dre continued his run as a producer and talent incubator at Aftermath. “Detox,” the long-planned follow-up to his “2001” album, saw years of delays. But an acclaimed return set with Snoop Dogg at Coachella in 2012 reasserted his foundational role in hip-hop. That legacy was explored in the hit 2015 N.W.A biopic, “Straight Outta Compton.”

In the meantime, he’d built a fledgling headphone business, Beats Electronics, into a dominant consumer tech brand for rap fans. In 2013, Dre donated $70 million to USC with fellow music mogul Jimmy Iovine to found the USC Jimmy Iovine and Andre Young Academy for Arts, Technology and the Business of Innovation. In 2014, he sold Beats to Apple for an estimated $3 billion, making him one of the richest men in popular music.