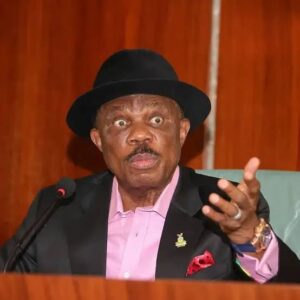 It will be recalled as previously reported by Naija News that Obiano who just handed over less than twenty-four hours ago to Governor Chukwuma Soludo was picked up on Thursday at the Muritala Muhammed International Airport, Lagos on Thursday night around 8.30pm by EFCC operatives.

He was arrested while on his way to the United States.

Confirming the development during a chat with BBC Pidgin, the EFCC spokesperson said Obiano was arrested because he was on the watchlist of the anti-graft agency.

He added that they couldn’t arrest him earlier because of his immunity as a sitting Governor.

He said, “Obiano has been on our watchlist for sometime now. He had immunity as a governor and that is why we could not arrest him before now.

“Today he lost the immunity and was traveling out of the country before we finally arrested him”.