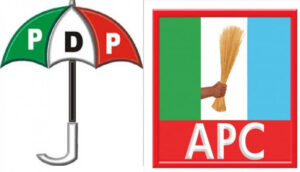 A coalition of Civil Society Organizations based in Ekiti State, Ekiti Democratic Movement (EDM), has warned political gladiators in the State not to be reckless as they jostle for the governorship of the State owing to the violence that erupted before and during the conduct of the primary elections of the two dominant parties in the State, All Progressives Congress (APC) and Peoples Democratic Party (PDP).

In a press release issued on Thursday and signed by the Convener of the coalition, Comrade Akinola Busuyi, it stated that apart from the violence that characterized the gubernatorial primaries of the PDP on Wednesday, 26th January, 2022, the planned APC governorship primaries of Thursday, 27th January, 2022 also failed woefully in complying with democratic norms.

According to the group, “It has been reported that Governor Kayode Fayemi in his desperate bid to impose an unpopular candidate on APC members, bought over the Governorship Primary Electoral Committee led by Governor Abubakar Badaru of Jigawa State and has also used top Government functionaries to hijack the exercise”.

It was made known that contrary to democratic standards, Governor Fayemi insisted on using Government functionaries and appointees as returning officers for the election in the 16 Local Government Areas and 177 Wards across the State.

While the coalition rightly commends the APC National leadership for the adoption of direct mode of primary for governorship aspirants in Ekiti State, “we seriously take exception to the ways and manners that the process is being characterized with politics of bitterness and acrimony, violence brigandage, arson, unlawful abduction of perceived opponents, killings, maiming and undue harassment of innocent party members as well as the heating up of the polity in the desperation to get the guber ticket of the party by the gladiators.

“In his words “we make bold to say that these dastardly activities are critically threatening the sustainability of democracy in Nigeria, to the extent that the gains of the nation’s democracy may be eroded if proper care is not taken. Moreso, it is quite worrisome that Governor Kayode Fayemi who had a robust background in human rights and pro-democracy activism could perpetrate the brazen contravention of democratic principles and the ideals of fairplay and social justice despite his promises to provide a level playing field for all the contestants.

“Finally,the coalition therefore calls on the leadership of both APC and PDP, and especially the incumbent Governor of Ekiti State to ensure that the electoral process is peaceful, transparent, fair and devoid of manipulation and violence so that the popular decision of the parties are upheld.